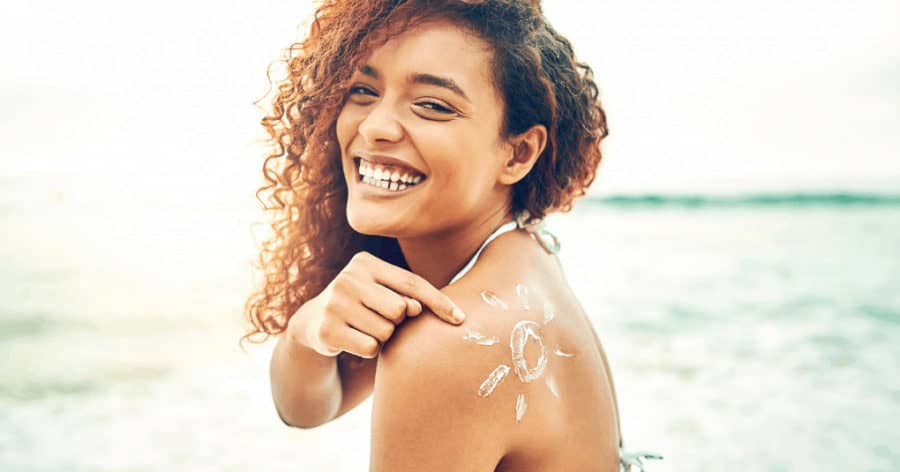 A key ingredient is missing from all sunscreens and anti-aging creams, and our skin will be far better protected from the damaging effects of the sun once this rich source of natural photoprotection has been added.

This is the finding of a new study into sun-related skin aging carried out at the UK’s University of Bath and published in the journal Antioxidants.

The missing ingredient is a class of antioxidant (a type of stable molecule) commonly found in nature. Experiments have shown that these antioxidant molecules eliminate excess iron in cells, thereby helping cells maintain a healthy level of free radicals (a type of unstable molecule). Free radicals and free iron are strongly linked to skin damage.

“By including these potent antioxidants in skin-care products and sunscreen formulations, and therefore trapping free iron*, we can expect to get an unprecedented level of protection from the sun,” says Dr Charareh Pourzand, who led the research from the Department of Pharmacy & Pharmacology and the Centre for Therapeutic Innovation at the University of Bath.

Scientists have known for some time that iron deposits promote the appearance of aging, but the latest study highlights the interplay between free iron and free radicals in the skin. As a result of their findings, Dr Pourzand urges skin-care manufacturers to look more closely at opportunities to include iron-trapping extracts in their products.

A number of iron-trapping natural extracts have already been identified in the Bath lab (these include several classes of botanical, fungal and marine-based compounds, among them extracts from certain vegetables, fruits, nuts, seeds, bark and flowers), however Dr Pourzand says more research is needed before any of these compounds are fit for commercial purpose.

“Though the antioxidants we’ve identified work well in laboratory conditions, they don’t necessarily remain stable once they’ve been added to a cream,” she says. “These extracts come from plants, and environmental factors affect their stability and long-term effectiveness – anything from the season in which they are grown, soil type, latitude and the time of harvest can change the strength by which they can neutralise free radicals as well as work as iron traps.”

She adds: “What is needed now is for the bioactive chemicals in these extracts to be standardised – once that has happened, they can and should be added to products designed to protect the skin from aging.”

The sunscreens on the market today are designed to either block or absorb UV rays. In so doing, they lower the number of free radicals that are created on the skin – it is these unstable molecules that cause skin damage and aging, in a process known as oxidative stress. Free radicals cause harm by damaging DNA and other cell components, and this sometimes results in cell death.

What has not been given consideration in sun-care and anti-aging formulations is the role of iron, both in damaging the skin directly when it interacts with UV radiation and in amplifying the damage caused by free radicals.

“This needs to change,” says Dr Pourzand. “Formulations need to adapt and improve.”

The antioxidant compounds identified at Bath have the ability to protect the skin against both chronological aging (the natural decline in skin texture that comes with age) and sun-mediated aging (known as photoaging).

Though the body needs iron to function properly, too much (or too little) is harmful or even deadly to our cells. To protect themselves from this danger, our cells have a well-developed system for adjusting excess iron when it builds up, thereby bringing it back to a state of balance (known as homeostasis). In the presence of sunlight, however, this balance is disrupted, leading to skin damage, aging and sometimes cancer.

Chronological aging also contributes to iron levels falling out of balance, especially in women after the menopause, meaning older people (and particularly older women) are more vulnerable than others to the ravaging effects of the sun.

The consultancy work delivered by Dr Pourzand for this study was facilitated by Consultancy Services in Research and Innovation Services (RIS) at the University of Bath.