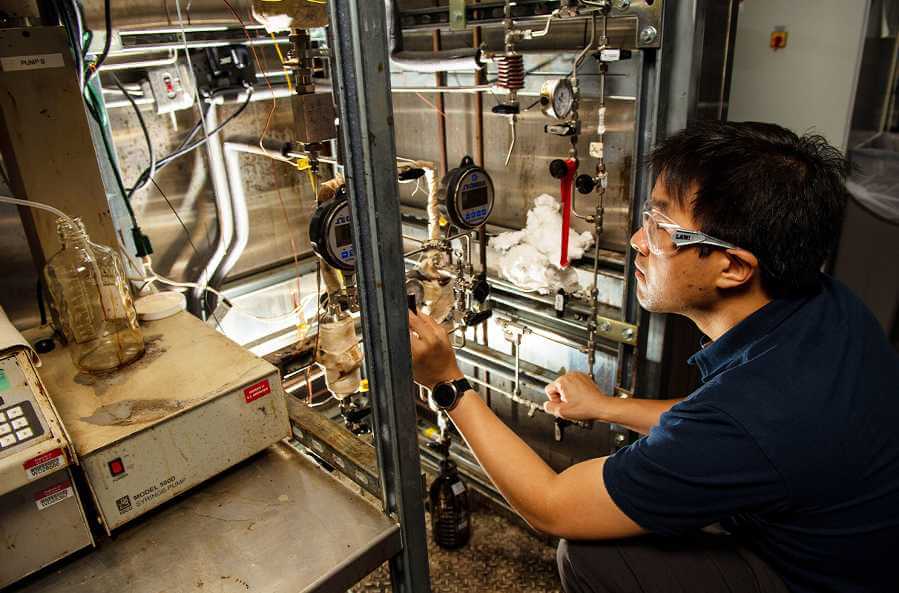 An experimental plant-based jet fuel could increase engine performance and efficiency, while dispensing with aromatics, the pollution-causing compounds found in conventional fuels, according to new research.

In a study published in the journal Fuel, researchers analyzed a Washington State University-developed jet fuel based on lignin, an organic polymer that makes plants tough and woody.

Using a range of tests and predictions, the researchers examined fuel properties critical to jet engine operation, including seal swell, density, efficiency and emissions. Their results suggest that this sustainable fuel could be mixed with other biofuels to fully replace petroleum-derived fuels.

“When we tested our lignin jet fuel, we saw some interesting results,” said Bin Yang, professor with WSU’s Department of Biological Systems Engineering and corresponding author on the study. “We found that it not only had increased energy density and content but also could totally replace aromatics, which are a real problem for the aviation industry.”

“Aromatics are associated with increased soot emissions, as well as contrails, which are estimated to contribute more to the climate impact of aviation than carbon dioxide,” said Joshua Heyne, co-author, University of Dayton scientist and current co-director of the joint WSU-PNNL Bioproducts Institute. “Aromatics are still used in fuel today because we do not have solutions to some of the problems they solve: they provide jet fuel with a density that other sustainable technologies do not. Most unique is their ability to swell the O-rings used to seal metal-to-metal joints, and they do this well.”

“We want to fly safely, sustainably, and with the lowest impact to human health,” Heyne added. “The question is, how do we do all of this as economically as possible?”