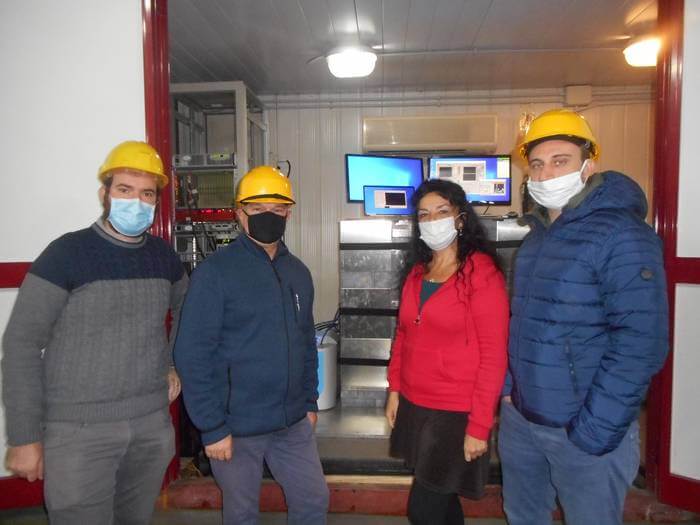 The origin of consciousness is one of the greatest mysteries of science. One proposed solution, first suggested by Nobel Laureate and Oxford mathematician Roger Penrose and anaesthesiologist Stuart Hammeroff, at Arizona State University, in Tucson, attributes consciousness to quantum computations in the brain.

This in turn hinges on the notion that gravity could play a role in how quantum effects disappear, or ‘collapse.’ But a series of FQXi-funded experiments in a lab deep under the Gran Sasso mountains, in Italy, has failed to find evidence in support of a gravity-related quantum collapse model, undermining the feasibility of this explanation for consciousness. The result is reported in the journal Physics of Life Reviews.

“How consciousness arises in the brain is a huge puzzle,” says Catalina Curceanu, a member of the physics think tank, the Foundational Questions Institute, FQXi, and the lead physicist on the experiments at INFN in Frascati, Italy. “There are many competing ideas, but very few can be experimentally tested.”

Quantum physics famously tells us that cats can be alive and dead at the same time, at least in theory. Yet in practice we never see felines locked in such an unfortunate limbo state. One popular explanation for why not is because the ‘wavefunction’ of a system–its quantum character allowing it to be in two contradictory states simultaneously–is more likely to ‘collapse’ or be destroyed if it is more massive, leaving it in one defined state, either dead or alive, say, but not both at the same time. This model of collapse, related to gravity acting on heavy objects like cats, was invoked by Penrose and Hammeroff when developing their model of consciousness, ‘Orch OR theory’ (the Orchestrated Objective Reduction theory), in the 1990s.

Quantum Computations in the Brain

Curceanu first became interested in Orch OR theory when she met Penrose, also an FQXi member, at a conference some years ago. Consciousness is not usually associated with quantum properties because quantum effects are fragile and difficult to maintain even under highly-controlled conditions and cold temperatures in the lab. So it had long been assumed that the brain’s warm and wet environment would be too disruptive to allow quantum effects to survive. But Penrose explained that he and Hammeroff have identified tiny structures called microtubules within neurons in the brain that could potentially sustain quantum effects for short periods—just long enough to carry out quantum computations. Orch OR theory attributes consciousness to quantum computations orchestrated (‘Orch’) by electrical oscillations in these microtubules. “What I loved about this theory was that it is in principle testable and I decided to search for evidence that might help confirm or falsify it,” says Curceanu.

“What I loved about this theory was that it is in principle testable and I decided to search for evidence that might help confirm or falsify it.”

At the heart of the theory is the idea that gravity is related to quantum wavefunction collapse and that this collapse is faster in systems with more mass. This concept was developed in a number of models by various physicists in the 1980s. One of those was Lajos Diósi, at the Wigner Research Center for Physics and at the Eötvös Loránd University in Budapest, Hungary, who has co-authored the new paper with Curceanu, Maaneli Derakhshani of Rutgers University in New Brunswick, New Jersey, Matthias Laubenstein also at INFN, and Kristian Piscicchia of CREF and INFN. Penrose independently approached this idea a few years later and it became the core of his consciousness theory with Hammeroff.

The two theories are often referred to by the umbrella term, the ‘Diósi-Penrose theory.’ But behind the joint name there is an important difference, notes Curceanu. Diósi’s approach predicts that collapse would be accompanied by the spontaneous emission of a small amount of radiation, just large enough to be detected by cutting edge experiments.

Curceanu’s underground lab is housed within the Gran Sasso National Laboratory, 1.4 km under the Gran Sasso Italian mountains. The lab stands on one side of the 10-km long highway tunnel which crosses the Gran Sasso massif, connecting L’Aquila and Teramo. “The location was chosen because it is basically free from cosmic-ray radiation sources above the ground, that could interfere with the experiment,” says Curceanu. The experiment uses an extremely sensitive cylindrical detector, not much bigger than a mug, made from highly pure germanium. It is surrounded by shielding, made of layers of ultra-pure lead and copper, to shelter it from any background radiation coming from the rocks. After running the experiment for two months the team did not measure spontaneous radiation signals, constraining the feasibility of gravity-related collapse. In 2020, the team reported in Nature Physics  that their negative result had helped them rule out the simplest version of the Diósi-Penrose model.

In their new paper they have explicitly examined the repercussions of their finding for Penrose and Hammeroff’s Orch OR theory of consciousness. After reanalyzing the most plausible scenarios set out by Hammeroff and Penrose, in light of their recent experimental constraints on quantum collapse, they were led to conclude that almost none of the scenarios are plausible. “This is the first experimental investigation of the gravity-related quantum collapse pillar of the Orch OR consciousness model, which we hope will be followed by many others,” says Curceanu. “I am very proud of our achievement.”

The experiments and analysis are partially funded by a grant from the Foundational Questions Institute, FQXi. “Without it, it would have not been possible to achieve this outcome,” says Curceanu. “It is hard to otherwise get funding for projects such as this, based on its interdisciplinary characteristics.”

“It is really exciting to connect what you can do in the laboratory to perhaps the biggest mystery in the universe—consciousness.”

But all is not lost for Orch Or, adds Curceanu. “Actually, the real work is just at the beginning!” she says. In fact, Penrose’s original collapse model, unlike Diósi’s, did not predict spontaneous radiation, so has not been ruled out. The new paper also briefly discusses how a gravity-related collapse model might realistically be modified. “Such a revised model, which we are working on within the FQXi financed project, could leave the door open for Orch OR theory,” Curceanu says.

Meanwhile the team is preparing to test these refined new collapse models, to further investigate their implications for the Orch OR model. “It is really exciting to connect what you can do in the laboratory to perhaps the biggest mystery in the universe—consciousness,” says Curceanu.

This work was partially supported through FQXi’s Consciousness in the Physical World program. You can read more about the team’s grant in the FQXi article: “Can We Feel What It’s Like to Be Quantum?” by Brendan Foster.

Journal reference: At the crossroad of the search for spontaneous radiation and the Orch OR consciousness theory

The Foundational Questions Institute, FQXi, catalyzes, supports, and disseminates research on questions at the foundations of science, particularly new frontiers in physics and innovative ideas integral to a deep understanding of reality but unlikely to be supported by conventional funding sources. Visit fqxi.org for more information.