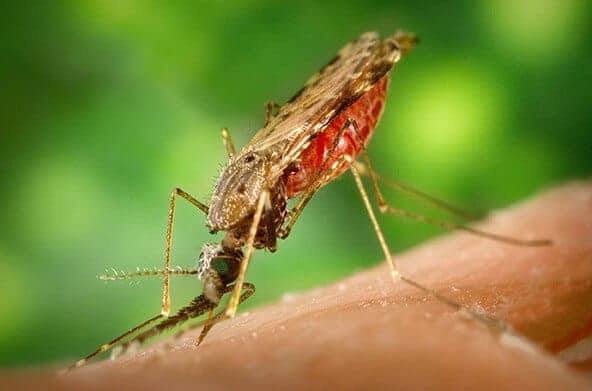 Zika and dengue fever viruses alter the scent of mice and humans they infect, researchers report in the 30 June issue of Cell. The altered scent attracts mosquitoes, which bite the host, drink their infected blood and then carry the virus to its next victim.

Dengue is spread by mosquitoes in tropical areas around the world, and occasionally in subtropical areas such as the southeastern US. It causes fever, rash, and painful aches, and sometimes hemorrhage and death. More than 50 million dengue cases occur every year, and about 20,000 deaths, most of them in children, according to the National Institutes of Health (NIH) National Institute for Allergy and Infectious Disease.

Zika is another mosquito-spread viral disease in the same family as dengue. Although it is uncommon for Zika to cause serious disease in adults, a recent outbreak in South America caused serious birth defects in the unborn children of infected pregnant women. Yellow fever, Japanese encephalitis, and West Nile are also members of this virus family.

These viruses require ongoing infections in animal hosts as well as mosquitoes in order to spread. If either of these are missing—if all the susceptible hosts clear the virus, or all the mosquitoes die—the virus disappears. For example, during the yellow fever outbreak in Philadelphia in 1793, the coming of the fall frosts killed the local mosquitoes, and the outbreak ended.

In tropical climates without killing frosts, there are always mosquitoes; the virus just needs one to bite an infected host animal in order to spread. Zika and dengue viruses seem to have developed a sneaky way of increasing the odds.

A team of researchers from UConn Health, Tsinghua University in Beijing, the Institute of Infectious Diseases in Shenzhen, the Ruili Hospital of Chinese Medicine and Dai Medicine, the Yunnan Tropical and Subtropical Animal Virus Disease Laboratory, and the Chinese Center for Disease Control and Prevention, suspected that dengue and Zika might be manipulating the hosts in some way to attract mosquitoes. Both malaria and general inflammation can change people’s scent. Viral infection by dengue and Zika, they thought, might do the same thing.

Then they analyzed the smelly molecules on the skin of infected and healthy mice. They identified several molecules that were more common on infected animals, and tested them individually. They applied them both to clean mice, and to the hands of human volunteers, and found that one odoriferous molecule, acetophenone, was especially attractive to mosquitoes. Skin odorants collected from human dengue patients showed the same thing: more attractive to mosquitoes and more acetophenone production.

Acetophenone is made by some Bacillus bacteria that grow on human (and mouse) skin. Normally skin produces an antimicrobial peptide that keeps Bacillus populations in check. But it turns out that when mice are infected with dengue and Zika, they don’t produce as much of the antimicrobial peptide, and the Bacillus grows faster.

“The virus can manipulate the hosts’ skin microbiome to attract more mosquitoes to spread faster!” says Penghua Wang, an immunologist at UConn Health and one of the study authors. The findings could explain how mosquito viruses manage to persist for such a long time.

Wang and his coauthors also tested a potential preventative. They gave mice with dengue fever a type of vitamin A derivative, isotretinoin, known to increase the production of the skin’s antimicrobial peptide. The isotretinoin-treated mice gave off less acetophenone, reducing their attractiveness to mosquitoes and potentially reducing the risk of infecting others with the virus.

Wang says the next step is to analyze more human patients with dengue and Zika to see if the skin odor-microbiome connection is generally true in real world conditions, and to see if isotretinoin reduces acetophenone production in sick humans as well as it does in sick mice.