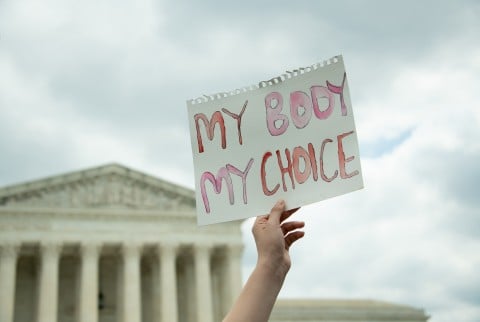 Do the policies of states passing new laws to restrict access to abortion align with the views of the citizens they serve? What are Americans’ opinions on a variety of pregnancy scenarios?

Within one month of the leaked Supreme Court majority opinion to overturn Roe v. Wade in May, 13 states rushed to sign “trigger” bills that would place greater restrictions on access to abortion if the 1973 decision were to be overturned, as it later was.

A national poll published July 11 by the COVID States Project indicates that a majority of Americans in most states support life-saving abortion care — and that states which have enacted laws banning abortion without an exception for rape are at odds with majorities of their own residents.

Many still struggle with the issue

But the poll also indicates that a smaller but still sizeable number of Americans continues to struggle with the issue, as indicated by an absence of responses to parts of the survey. Roughly around one-third of those surveyed did not voice their opinion in seven of the nine abortion scenarios asked about, with that figure dropping to one-quarter for cases of rape and cases where the mother’s life was in danger.

In states where abortion is currently banned without exception for rape or incest, a majority of their residents (55%) support abortion in pregnancies caused by rape. Just 17% oppose abortion in rape cases, with the remaining respondents not voicing an opinion.

The survey of 24,414 individuals between June 8 and July 6 was conducted by a consortium of researchers from Northwestern, Northeastern, Harvard and Rutgers universities. The survey examined attitudes toward abortion in nine different scenarios across all 50 states and the District of Columbia. The poll also looks at how important the issue of abortion is to the nation overall, as well as across states, and it breaks down responses by age, gender, and race and ethnicity, among others.

Support for abortion wanes in every U.S. state after fetal viability, the point at which states could prohibit abortion as established by the 1973 Roe v. Casey ruling but that was struck down in Dobbs this June. Even in states where abortion is legal without gestational limits, opposition to abortion after fetal viability is more than double the share that supports such abortions (46% oppose versus 21% support, with the remaining respondents not voicing an opinion).

“The public’s opinions on abortion are certainly nuanced — their opposition to no access under any circumstance is very clear, but they also support restrictions based on viability,” said political scientist James Druckman, one of the consortium researchers. “This makes it a complicated issue with limited mobilizational capacity for the Democrats. The bulk of Democrats live in states that have laws consistent with their preferences and it is unlikely Republicans in states with highly restrictive laws would shift their voting patterns due to the issue.”

Druckman is the Payson S. Wild Professor of Political Science in the Weinberg College of Arts and Sciences and associate director of the Institute for Policy Research at Northwestern.

Other key findings of the report

Since 2020, the COVID States Project, a multi-university team of researchers, has studied social behavior, virus transmission and the impact of messaging and regulation to help practitioners and the government make informed decisions and allocate resources effectively. Report #88, published on June 11, and Report #89: “The Dobbs Decision, Support for Abortion, and 2022 Voting” are the latest studies.