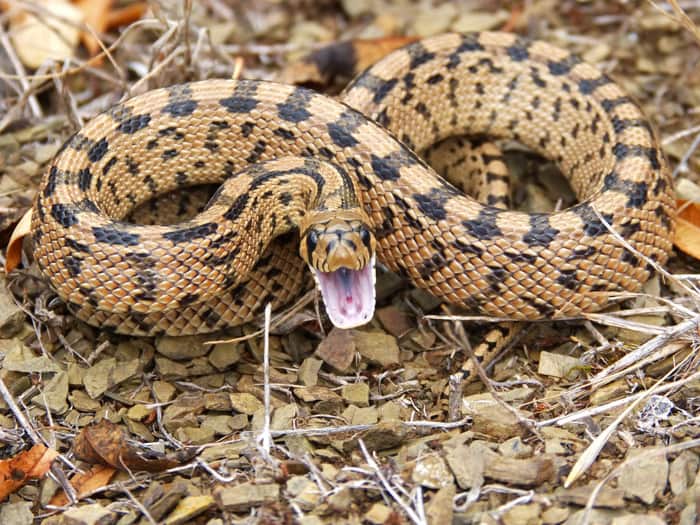 Exotic snakebites recorded in the UK have “soared” over the course of a decade, as numbers of the exotic pet increase – a peer-reviewed study in Clinical Toxicology reveals.

In 11-years, 300 patients with exotic snakebite were registered by the UK National Poisons Information Service (NPIS). This included 72 children aged 17 years or under and among those, 13 were aged just 5 years or less. No children had severe injuries.

Nine patients were bitten twice and one patient, some three times.

The new study, which comprised of an audit of enquiries registered by the NPIS between 2009 and 2020 by experts from leading institutions across the UK, shows a total of 321 exotic snakebites from 68 different species.

Of those bitten, 15 had severe symptoms. This included a reptile conservationist who had previously survived a bite from an eastern green mamba but died after being bitten by a king cobra.

The World Health Organisation (WHO) considers more than 250 species of poisonous snake worldwide as medically important – most native to Asia, Africa, Latin America and Oceania. But the possibility of encountering these dangerous species is no longer limited by geography. In recent years, snake ownership has increased in popularity in the UK. It is estimated that around one in 100 households now own a pet snake.

“The prospect of being bitten by an exotic (non-native) snake (in the UK) is still remote, with bites typically occurring in those keeping such snakes as part of their occupation or hobby,” states lead author Pardeep Jagpal, from the National Poisons Information Service (Birmingham Unit). “Rapid access to expert clinical advice and the availability of appropriate anti-venom are important considerations when these accidents occur.”

Advice to NHS healthcare professionals on managing exotic snakebites is available in the UK on a 24-hour basis through the NPIS. The authors examined all telephone calls involving snakebites that were received by the service between January 2009 and December 2020. They excluded enquiries about the European adder – the only species of poisonous snake native to the UK – or where the identity of the snake was unknown.

The majority of these exotic snakebites resulted in either no symptoms or mild to moderate symptoms. However, fifteen bites caused severe symptoms – all of which were caused by front-fanged Viperidae or Elapidae. In total, seventeen people received antivenom treatment.

“Our results show an overall increase in the number of exotic snakebites reported to the NPIS compared to previous figures,” says co-author the University of Oxford’s Professor David Warrell, a world leading figure in tropical medicine, and the founding director of the Centre for Tropical Medicine and Wellcome Trust-Mahidol University Oxford Tropical Medicine Research Programme, Thailand.

“Most of these bites occur to fingers, hands and wrists following deliberate handling interaction by people who keep snakes as part of their occupation or hobby. While ownership of many poisonous species requires a special licence in the UK, it is recognised that some individuals may keep these snakes illegally – meaning the true numbers of exotic snakebite injuries may be underestimated.”