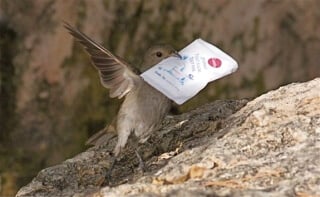 If you’ve ever seen a starling peck open a garbage bag or a grackle steal your dog pellets, you get a sense that some birds have learned to take advantage of new feeding opportunities – a clear sign of their intelligence. Scientists have long wondered why certain species of birds are more innovative than others, and whether these capacities stem from larger brains (which intuitively seems likely) or from a greater number of neurons in specific areas of the brain.

It turns out that it’s a bit of both, according to a recent study by an international team that included members from McGill University published in Nature Ecology and Evolution.

The researchers used a new technique to estimate the number of neurons in a specific part of the brain called the pallium in 111 bird species. The pallium in birds is the equivalent of the human cerebral cortex, which is involved in memory, learning, reasoning, and problem-solving, among other things. When these estimates about neuron numbers in the pallium were combined with information about over 4,000 foraging innovations, the team found that the species with the higher numbers of neurons in the pallium were also likely to be the most innovative.

“The amount of time fledglings spend in the nest as their brains develop might also play a crucial role in the evolution of intelligence,” says McGill University Emeritus Professor Louis Lefebvre, who spent more than 20 years gathering examples of foraging innovations. “Larger species of crows and parrots, that are known for their intelligence, spend longer in the nest, which allows more time for the brain to grow and accumulate pallial neurons.”

The results of the study help to reconcile previously opposed views of the evolution and significance of brain size and show how a life-history perspective helps to understand the evolution of cognition.