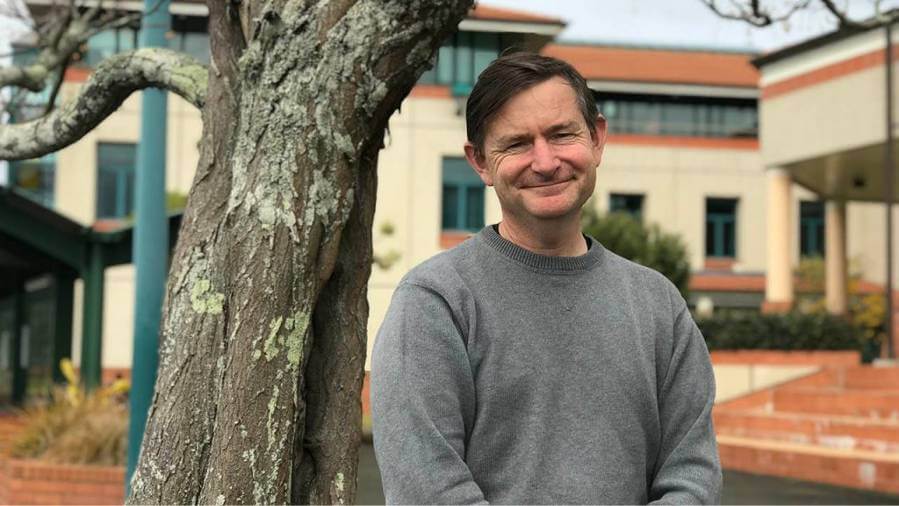 Associate Professor Grant Searchfield says this is a treatment made possible by recent technology developments.

After 20 years searching for a cure for tinnitus, researchers at the University of Auckland are excited by ‘encouraging results’ from a clinical trial of a mobile-phone-based therapy.

The study randomised 61 patients to one of two treatments, the prototype of the new ‘digital polytherapeutic’ or a popular self-help app producing white noise.

On average, the group with the polytherapeutic (31 people) showed clinically significant improvements at 12 weeks, while the other group (30 people) did not. The results have just been published in Frontiers in Neurology.

“This is more significant than some of our earlier work and is likely to have a direct impact on future treatment of tinnitus,” Associate Professor in Audiology Grant Searchfield says.

Key to the new treatment is an initial assessment by an audiologist who develops the personalised treatment plan, combining a range of digital tools, based on the individual’s experience of tinnitus.

“Earlier trials have found white noise, goal-based counselling, goal-oriented games and other technology-based therapies are effective for some people some of the time,” says Dr Searchfield.

“This is quicker and more effective, taking 12 weeks rather than 12 months for more individuals to gain some control.”

There is no pill that can cure tinnitus.

“What this therapy does is essentially rewire the brain in a way that de-emphasises the sound of the tinnitus to a background noise that has no meaning or relevance to the listener,” Dr Searchfield says.

“Sixty-five percent of participants reported an improvement. For some people, it was life-changing – where tinnitus was taking over their lives and attention.”

Some people didn’t notice an improvement and their feedback will inform further personalisation, Dr Sanders says.

Tinnitus is a phantom noise and its causes are complex. It has so far defied successful treatment.

While most people experience tinnitus, or ringing in the ears at least on occasions, around five percent experience it to a distressing degree. Impacts can include trouble sleeping, difficulty carrying out daily tasks and depression.

Dr Searchfield says seeing his patients’ distress and having no effective treatment to offer inspired his research. “I wanted to make a difference.”

The next step will be to refine the prototype and proceed to larger local and international trials with a view to FDA approval.

The researchers hope the app will be clinically available in around six months.

Read the paper: A randomized single-blind controlled trial of a prototype digital polytherapeutic for tinnitus.