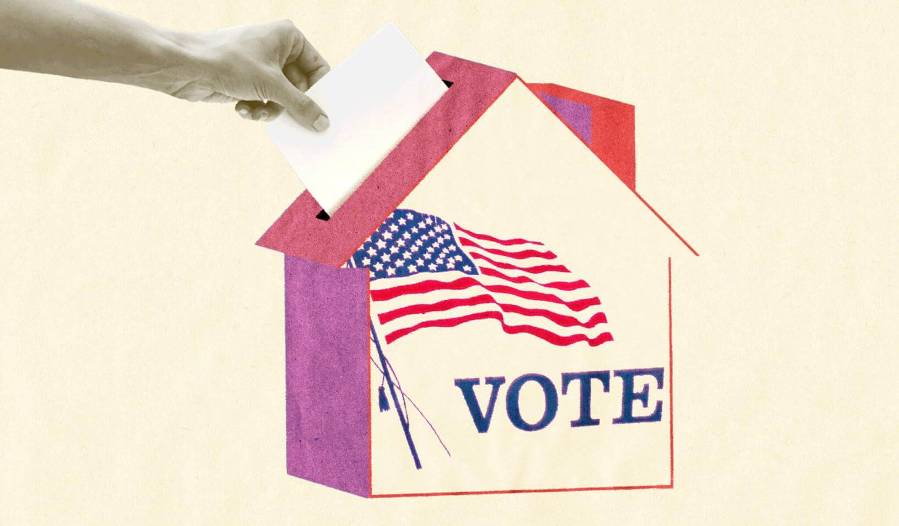 Buying a home causes people to vote more in local elections — especially when zoning issues are on the ballot. | Cory Hall

Buying a home is a cornerstone of the American Dream, and the U.S. government has long encouraged it with generous subsidies. As far back as the early 20th century, defenders of this policy have argued that it fosters a contented middle class and an engaged electorate.

Indeed, it’s a truism of American politics that homeowners turn out to vote in higher numbers than people who rent their homes. It’s no surprise, then, that politicians tend to court their favor.

But is the link between homeownership and electoral participation one of causation or correlation? Does buying real estate cause a person to plod through the voter guide? Or could it be that those who are more likely to own a home — perhaps due to age, education, or other demographic factors — are simply more prone to vote?

This actually matters. For one thing, subsidizing homeownership to foster a healthy democracy makes sense only if it does so; otherwise, it’s a giveaway to those least in need. And on the flip side, if homeownership does prompt people to vote, that might suggest they’re driven partly by self-interest — specifically, the desire to boost their property values.

In that case, those voters will presumably favor things like restrictive zoning laws that exclude lower-income people and prevent new construction, thus making it harder for others to break into the housing market and worsening social inequalities.

To get to the bottom of this, Andrew B. Hall, a professor of political economy at Stanford Graduate School of Business, and Jesse Yoderopen in new window, PhD ’22, collected two decades’ worth of election records on 18 million people in Ohio and North Carolina. Then they combined that with deed data to see if people’s behavior changed when they became homeowners.

The result? They found that buying a home really did cause people to vote substantially more in local elections — and the bump in turnout was almost twice as big when zoning issues were on the ballot. What’s more, the effect increased with the purchase price. The greater the asset value, the more likely people were to vote.

“Taken together, these findings strongly suggest that the increase in voting is driven, at least in part, by economic considerations,” Hall says. “People are clearly paying more attention and turning out in larger numbers to weigh in on policies that affect their investment.”

Bringing It All Back Home

The idea that voters are spurred by pecuniary motives might seem obvious in these disenchanted times. But it’s hardly in line with our ideals as a nation, nor is it universally accepted by scholars of politics or psychology.

For one thing, Hall points out, voting is costly. Researching the issues, watching debates, suffering doorstep canvassers, getting to the polling station on a workday, standing in line — it’s kind of a pain. (If it were fun, there’d be no distinction in sporting “I voted” buttons.)

Quote
Encouraging homeownership doesn’t just incentivize people to vote, it also likely changes how they vote and the kinds of policies they support.
Attribution
Andrew Hall

And the kicker is that your effort has an infinitesimally tiny effect on the outcome. Don’t tell the kids, but no election is decided by one person’s vote. On a narrow, individual cost-benefit basis, voting is not a great value proposition.

Yet the fact remains that homeowners vote at higher rates than renters. A different theory, Hall says, is that both homeownership and voting rates reflect preexisting differences. People who own their homes are wealthier and more educated, and are therefore more likely to identify with social and governmental institutions — and less likely, perhaps, to be alienated and disengaged.

“Both of those stories are plausible,” Hall says, “and you can’t disentangle them with cross-sectional data. You need to look at individuals’ behavior over time.”

Also, although wealthy people vote more, it’s important to be clear that buying a home does not instantly raise someone’s net worth, so any immediate effect would not be driven by wealth. But does converting assets from cash or stocks to real estate increase one’s interest in local politics?

Apparently so! Using data on all registered voters and homeowners in Ohio, Hall and Yoder found that buying a home boosted an individual’s turnout rate in local general elections by 5 percentage points on average, to 31%. Since the baseline turnout rate in the sample was only 26%, that’s an almost 20% increase in propensity to vote.

The researchers then sliced up the data by home price and found that people with more expensive homes increased their turnout even more. The effect rose sharply as home prices increased, being more than twice as large in the top decile than in the bottom decile.

“This certainly suggests, though it doesn’t prove, that the increase in voting by homeowners is driven by economic self-interest,” Hall says, “because the motivation to protect and enhance an investment would naturally tend to increase with the value at stake.”

Buying into the System

The researchers next gathered data on local ballot initiatives in Ohio to seewhat kindof issues galvanized homeowners. Here, they found that the increase in turnout was greatest when zoning measures were being decided — the effect of home ownership on election turnout was nearly doubled in such cases.

Of course, the data doesn’t show how people voted, but it seems unlikely that they made a special effort to vote against their own interests. And that raises a troubling issue. “This tells us that encouraging homeownership doesn’t just incentivize people to vote,” Hall says, “it also likely changes how they vote and the kinds of policies they support.”

In particular, he says, buying a home may instill a preference for restrictive housing policies, and that may help explain the chronic housing shortage that has plagued the U.S. for decades.

“We don’t have direct evidence of this in the paper, but the results are consistent with the story that homeowners capture the local political process and resist the building of more residences,” Hall says. “Depressing the local supply of homes raises prices, and it makes it harder for people to move to where there are economic opportunities.”

That reduces economic growth and deepens social inequalities by making it harder for low-income families to break into the housing market and accumulate wealth of their own. The interests of homeowners can also result in NIMBYism — resistance to public works and job-creating investments that might alter their neighborhood’s character or demographics.

Support for home ownership is deeply ingrained in American politics, partly because it’s believed to give people an investment in the democratic process. President George W. Bush made this explicit when he extolled the benefits of an “ownership society” in 2004. “When citizens become homeowners, they become stakeholders as well,” the White House declared.

But the ownership society contains a paradox: While the possession of property does encourage civic participation — as this study uses large-scale data to document for the first time — it may do so in a way that is ultimately self-limiting, by excluding those who failed to get in on the ground floor.