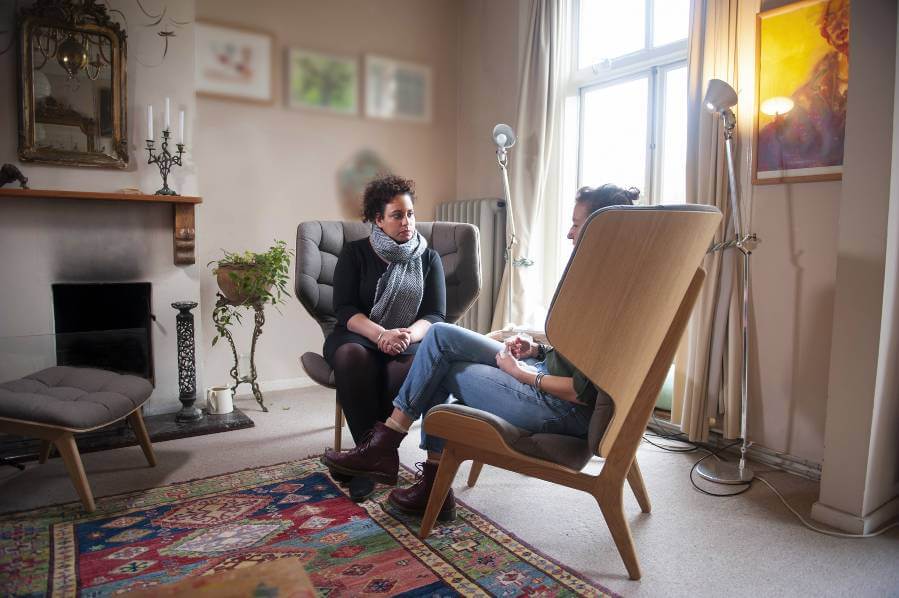 Psychiatrists were asked to rate their agreement with hypothetical decisions and outcomes for 1 of 4 scenarios depicting a patient who had found relief from severe depressive symptoms with a non-prescribed drug asking to incorporate it into treatment: either psilocybin, methamphetamine, ketamine or Xanax.

A new national survey reveals considerable differences between psychiatrists’ perceptions about the safety and therapeutic value of certain psychoactive drugs and how those same drugs are categorized under U.S. policy.

For example, the anxiety medication Xanax is a Schedule IV drug under the Controlled Substances Act, meaning it is judged to have low potential for misuse and dependence and strong therapeutic value. But the surveyed psychiatrists rated the drug, known generically as alprazolam, as having the highest misuse potential among all of the drugs they were asked about – equivalent to ratings of misuse potential of methamphetamine and alcohol.

The group also rated the psychedelic compound psilocybin as having the lowest misuse potential and the second-highest therapeutic potential behind ketamine. And yet, as a Schedule I drug, psilocybin has no currently accepted medical use and is deemed to pose a high risk for abuse.

“The problem is that our drug schedules don’t match the scientific evidence of their actual harm and their actual therapeutic and abuse potential,” said senior author Alan Davis, assistant professor and director of the Center for Psychedelic Drug Research and Education in The Ohio State University College of Social Work.

The authors noted how the evidence has changed since substances were scheduled under the Controlled Substances Act (CSA) in 1970: Studies have suggested psilocybin, MDMA (ecstasy) and cannabis, all Schedule I drugs, have therapeutic potential and relatively low risk for misuse or physical harm. Meanwhile, benzodiazepines, the family of drugs to which Xanax belongs, are the third most commonly misused substances – among both outlawed and prescription drugs – in the United States.

“The question became, are these schedules actually in alignment with the current state of evidence as measured through experts in the field of psychiatry?” Davis said. “That really was the whole point of this study.”

The research was recently published online in the International Journal of Drug Policy.

The research team recruited 181 psychiatrists from across the U.S. for the survey. Participants’ average age was 49 years, and they had been in practice for an average of 16 years.

The participants were presented with one of four scenarios depicting a patient who had found relief from severe depressive symptoms with a non-prescribed drug and is now asking to incorporate it into treatment: either psilocybin, methamphetamine (a Schedule II drug), ketamine (Schedule III) or Xanax. The researchers asked participants to rate their level of agreement with hypothetical clinical decisions and future outcomes for each vignette. All participants also responded to questions about the safety, therapeutic potential and abuse potential of the four drugs from the vignettes plus alcohol.

“We wanted to choose two drugs for the vignettes that we felt were appropriately scheduled based on the scientific evidence, and then we chose two that we felt were not necessarily reflecting current evidence,” said first author Adam Levin, a third-year psychiatry and behavioral health resident in Ohio State’s College of Medicine. “Psilocybin may not be appropriately scheduled, and we felt risk might be underestimated for Xanax. Methamphetamine and ketamine, based on a review of the literature, are fairly consistent with their schedules. And then we wanted to see whether psychiatrists perceived any incongruities.”

Statistical analyses showed that the surveyed psychiatrists’ perceptions of the acceptability, safety, and abuse and therapeutical potentials of the drugs generally conflicted with those defined by their current Controlled Substances Act schedule.

The psychiatrists tended to rate psilocybin and ketamine as safer, less likely to be abused and more potentially therapeutic than alprazolam, methamphetamine and alcohol – a substance that isn’t scheduled under the CSA.

“Methamphetamine, alcohol and Xanax were rated statistically equivalent in terms of their abuse potential,” said Davis, who also holds a faculty appointment in psychiatry and behavioral health. “And we showed a similar finding where methamphetamine, alcohol and Xanax were all found to be equivalent in terms of lower on the safety scale – more unsafe compared to psilocybin and ketamine.”

The authors noted that restrictions associated with Schedule I drugs in particular limit scientists’ ability to study these compounds – for their beneficial and harmful qualities, all of which need to be determined – and carry criminal consequences for users who may not find symptom relief from any legally available medications.

“You might ask, why does it matter that the drug schedule doesn’t reflect the evidence? Well, it matters,” Levin said. “We want our policies to be congruent with scientific evidence.

“Another interesting finding was that psychiatrists’ views about these drugs were largely in agreement with other mental health professionals, drug addiction experts, including in other countries, and with drug users themselves. They’re just not in agreement with the current drug schedule,” he said. “It’s important to call attention to this – we should have a flexible policy that can incorporate expert consensus.”

Co-author Paul Nagib, a third-year medical student at Ohio State, said the findings may influence other physicians to rethink their own attitudes about substances that have been historically stigmatized.

“Whatever the evidence brings forward – that’s what we want to follow, rather than outdated policies,” he said. “Let’s look to where the evidence guides us, even if it challenges what we’ve assumed to be true.”

This work was supported by the Drug Enforcement and Policy Center in Ohio State’s Moritz College of Law, the Steven & Alexandra Cohen Foundation, the Center for Psychedelic Drug Research and Education (CPDRE), and private donors.

Davis is an affiliate of Johns Hopkins University’s Center for Psychedelic & Consciousness Research. Levin and Nagib are affiliates of the CPDRE. Additional co-authors included Selina Deiparine, Thomas Gao and Justin Mitchell, all of Ohio State.