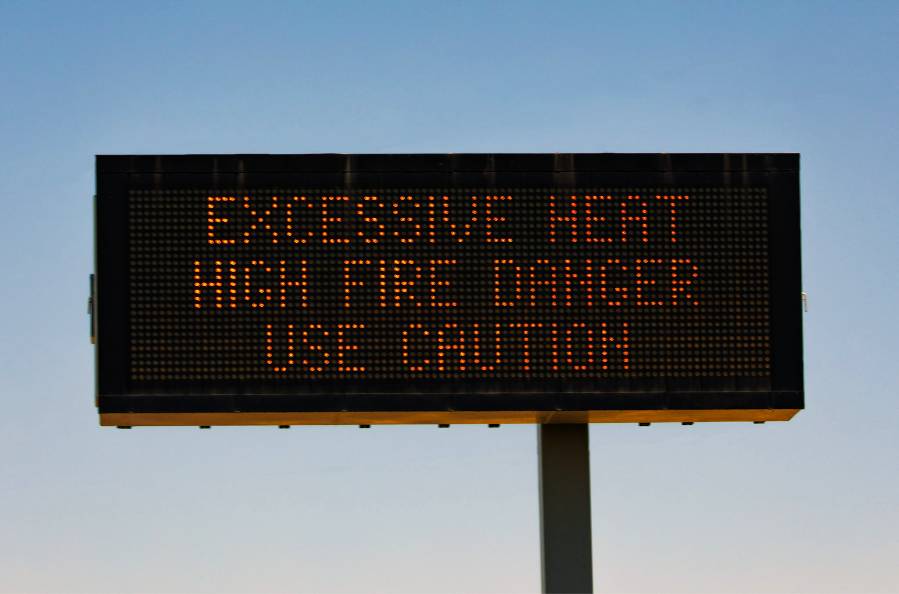 The heat index is a scale used to quantify how our bodies feel in different weather conditions.

Combining temperature and humidity with a model of human physiology, the heat index allows us to describe the risks of extreme heat conditions more intuitively than environmental measurements alone. For example, our bodies are subjected to much greater physiological stress on a day that’s 85 degrees Fahrenheit and 70% humidity than a day that’s 85 degrees with only 20% humidity, because the evaporative cooling effect of sweating is hindered when the air flowing against skin already contains a lot of moisture. So, the heat index on the more humid day would be higher because we would perceive it as feeling hotter.

For decades, the heat index has been used to describe the severity of heat waves and warn the public to take necessary precautions. These numbers are particularly helpful for the millions of people who work outside or lack access to air conditioning. But a new study published in Environmental Research Letters suggests that the heat index we’ve been using is underestimating the danger.

In the work, authors David Romps and Yi-Chuan Lu propose an improved heat index and explain how the current model may have failed to accurately describe heat events in the past, and how it falls short in capturing the dangers posed by the increasingly extreme climate of the 21st century.

We spoke with Romps, a faculty scientist in Berkeley Lab’s Climate and Ecosystem Sciences Division and a professor of earth and planetary science at UC Berkeley, to learn more about the study and get his professional thoughts on how the heat index is a crucial tool for staying safe in a warming world.

Q: How is the heat index calculated, and what does it tell us that air temperature and/or humidity readings alone cannot?

The heat index was derived in a brilliant paper published by Robert Steadman in 1979. Steadman was a physicist and professor in the Textiles and Clothing Department at Colorado State University. In that paper, Steadman wrote the equations that govern the temperature of a human’s core. Humans have a remarkable ability to maintain their core temperature at 37 degrees Celsius (98.6 Fahrenheit). To accomplish this, humans use both behavior (e.g., choice of clothing or staying in shade) and physiology (e.g., modulating the skin blood flow).

Steadman calculated a human’s ideal behavioral and physiological state as a function of air temperature and humidity. From that, he was able to calculate the heat index, which is the temperature (at the reference level of humidity) that would generate the same behavioral and physiological responses as the actual temperature and humidity. This is why we call the heat index a “feels like” temperature: a person would feel the same in the sense of making the same choice of clothing and having the same response of their cardiovascular system.

Q: What are some of the problems with the current heat index model?

A: As I mentioned, Steadman’s heat index is based on a model of a human. In particular, it is a model of human thermoregulation (how a human regulates its core temperature). At high temperature and humidity, Steadman’s model seems to break because the amount of water vapor on the human’s skin predicted by the model violates the laws of physics. In 1979, this was not a big issue because temperatures and humidities that high were rarely encountered. With global warming, however, we are increasingly encountering situations where the heat index is undefined.

When we tried to understand why Steadman’s model was breaking, we discovered that the equations were trying to tell us something simple: they were saying that the sweat should be dripping off the skin. The way that Steadman had arranged the equations, there was no way for sweat to drip off the skin, so the model broke. When we realized this, we were able to make a small adjustment to the equations that then naturally extended the heat index to higher temperatures and humidities. What we found, however, is that the heat index grows rapidly in those warmer and more humid conditions, which has some big implications for how meteorologists communicate the risk from heat waves.

Since Steadman’s heat index was undefined at high heat and humidity, the National Weather Service (NWS) has used an approximation to the heat index. In particular, the NWS took the table of values tabulated by Steadman in his 1979 paper and fit a big, complicated polynomial to it. This allowed the NWS to extrapolate the heat index into the region where it was undefined. Unfortunately, those extrapolated values have no basis in science and, as we discovered, are quite wrong.

Q: What did you find when you looked at historical weather data using your new heat index?

A: We looked at weather data over the United States from 1984 to 2020 and identified the most intense heat waves from a human perspective using the extended heat index. Contrary to our expectations, we found that the most intense heat waves occur in the Midwest, not in the South. In particular, the top two heat waves from 1984 to 2020 occurred in the Midwest in July 2011 and July 1995. The 1995 event killed hundreds of people in Chicago.

Q: Will this new approach to the heat index help us better prepare for the “new normal” of climate change-driven heat waves?

A: Unfortunately, there is no “new normal” of Earth’s climate. Humans have been burning fossil fuels at a rate that has grown roughly exponentially for the past two centuries, and, globally, we are currently burning fossil fuels at a faster clip now than ever before. Since the temperature of our planet is approximately proportional to the total amount of fossil carbon we burn, we are raising the temperature at a faster rate now than ever before. What this means is that our personal experience of heat waves rapidly becomes obsolete, and we must rely on modeling to forecast what the heat waves of the coming years will feel like. And that is where the extended heat index has, perhaps, its most important role to play: in forecasting the tightening restrictions on outdoor work, the increased rates of hospitalizations, and the places and times of year when spending time outside might be fatal in future decades. Of course, we would be far better off avoiding these outcomes altogether, and the necessary step to doing so is clear and simple: we must cease burning fossil fuels.

For more information on the new study, read the news release from UC Berkeley.

This work was supported by the Department of Energy Office of Science.