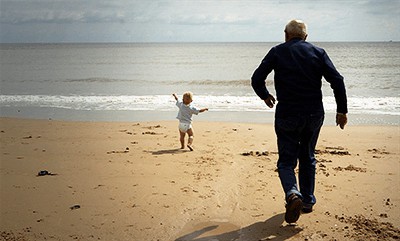 Older adults who participate weekly in many different types of leisure time activities, such as walking for exercise, jogging, swimming laps, or playing tennis, may have a lower risk of death from any cause, as well as death from cardiovascular disease and cancer, according to a new study led by researchers at the National Cancer Institute, part of the National Institutes of Health.

The findings suggest that it’s important for older adults to engage in leisure time activities that they enjoy and can sustain, because many types of these activities may lower the risk of death, the authors wrote.

Using data from 272,550 adults between ages 59 and 82 who had completed questionnaires about their leisure time activities as part of the NIH-AARP Diet and Health Study, the researchers looked at whether participating in equivalent amounts of seven different exercise and recreational activities—including running, cycling, swimming, other aerobic exercise, racquet sports, golf, and walking for exercise — was associated with lowered risk of death.

The levels of activity by the most active individuals (those who exceeded the recommended levels of physical activity) were associated with even greater reductions in the risk of death, but there were diminishing returns as activity levels increased. Even people who did some recreational activity, though less than the recommended amount, had a 5% reduction in risk of death than those who did not participate in any of the activities studied.