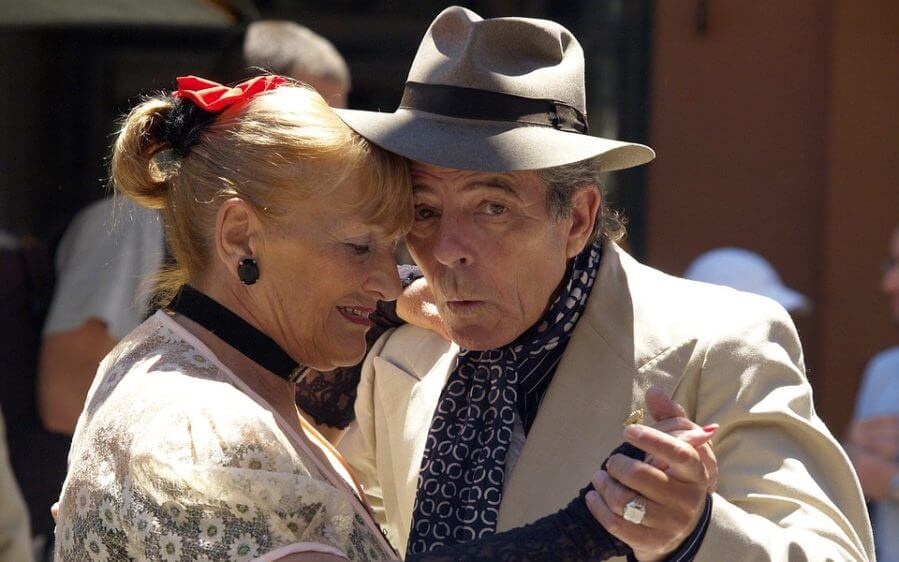 People with dementia often lose their ability to communicate verbally with loved ones in later stages of the disease. But a Northwestern Medicine study, in collaboration with Institute for Therapy through the Arts (ITA), shows how that gap can be bridged with a new music intervention.

In the intervention — developed at ITA and called “Musical Bridges to Memory” — a live ensemble plays music from a patient’s youth such as songs from the musicals “Oklahoma” or “The Sound of Music.” This creates an emotional connection between a patient and their caregiver by allowing them to interact with the music together via singing, dancing and playing simple instruments, the study authors said.

The program also enhanced patients’ social engagement and reduced neuropsychiatric symptoms such as agitation, anxiety and depression in both patients and caregivers.

More than 6 million people in the U.S. have Alzheimer’s disease.

The study is unusual because it targeted patients with dementia and their caregivers, said lead study author Dr. Borna Bonakdarpour. Most prior studies using music for dementia patients have focused only on the patients.

“Patients were able to connect with partners through music, a connection that was not available to them verbally,” said Bonakdarpour, an associate professor of neurology at Northwestern University Feinberg School of Medicine and a Northwestern Medicine neurologist. “The family and friends of people with dementia also are affected by it. It’s painful for them when they can’t connect with a loved one. When language is no longer possible, music gives them a bridge to each other.”

The study was published Aug. 25 in Alzheimer Disease and Associated Disorders.

Musical memory, processing not as affected by Alzheimer’s

Music memories often remain in the brain even as language and other memories disappear in dementia, Bonakdarpour said. This is because regions of the brain that are involved in musical memory and processing (e.g., the cerebellum) are not as affected by Alzheimer’s or dementia until much later in the disease course. Thus, patients can retain the ability to dance and sing long after their ability to talk has diminished.

In the study, individuals with dementia — residents of Silverado Memory Care (in a suburb of Chicago) — and their care partners were recorded on video conversing and interacting for 10 minutes before and 10 minutes after the intervention. Before playing the music, each patient/caregiver pair had training on how to interact more effectively during the music.

During the 45-minute musical intervention, an ensemble of chamber musicians and a singer performed songs that appealed to the patients from their younger days. The patients and their caregivers received simple instruments such as tambourines and shakers to accompany the music. Specially trained music therapists interacted with patients during performances, getting them to beat on drums, sing and dance.

A group conversation followed the music. Patients were more socially engaged as evidenced by more eye contact, less distraction, less agitation and an elevated mood. In comparison, the control group, which did not receive the intervention and were exposed to usual daily care and programs, did not show such changes within the same time frame.

‘All could relate to their loved one’

Before the intervention, some individuals would not communicate much with their partners. However, during the intervention, they started to play, sing and dance together, which was a significant change for the family. These changes generalized to their behavior outside the sessions as well.

“As the program progressed, caregivers invited multiple family members,” said Jeffrey Wolfe, a neurologic music therapist-fellow at ITA and leader of the Musical Bridges to Memory program. “It became a normalizing experience for the whole family. All could relate to their loved one despite their degree of dementia.”

The next step in the research is to conduct the study on a larger group of patients. ITA and Northwestern have been funded by a three-year grant through the National Endowment for the Arts to expand this study.

The study is called “Musical Bridges to Memory: A Pilot Dyadic Music Intervention to Improve Social Engagement in Dementia.”