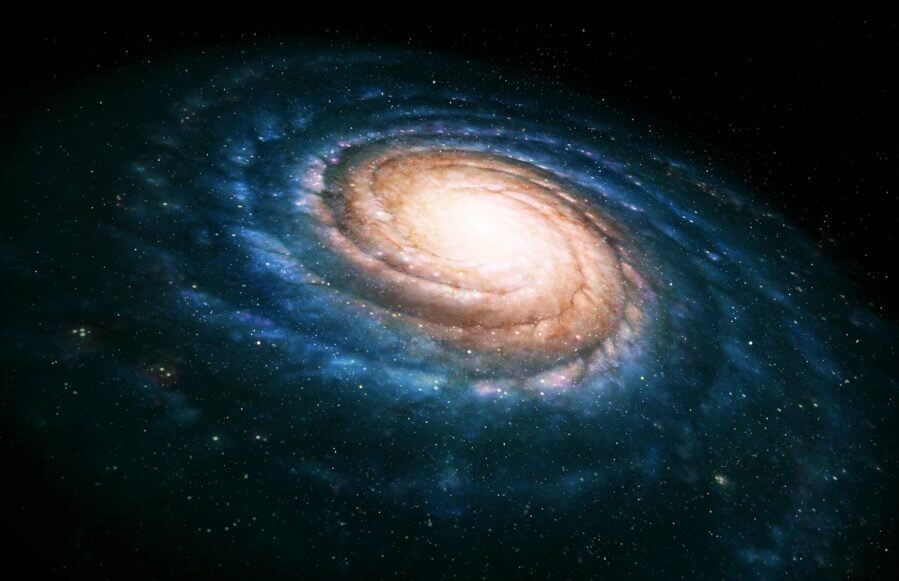 Galaxies spawn when immense clouds of dust and gas collapse and begin to rotate. As they evolve, stars begin to form.

Galactic superwinds – large outflows of gas created by a combination of supernova explosions and stellar winds – are closely connected to a galaxy’s earliest stages of development and evolution, including aspects like its size, shape, and even how many stars will eventually call it home.

But while researchers have commonly observed these winds, very little is understood about the mechanism that drives them. Astronomers have long speculated that galactic winds may be driven by nuclear star-forming rings, regions in space that form that contain a large number of stars. Yet in a new paper, published in The Astrophysical Journal Letters, researchers were able to construct three-dimensional simulations that uniquely predict the observed morphology of these superwinds.

According to Dustin Nguyen, lead author of the paper and a graduate student in physics at The Ohio State University, their work shows that the underlying geometric assumptions of where stars release energy is important to understanding galactic evolution. Their research found that starburst rings, instead of spheres, lead to outflows more akin to what is observed in nature.

“The star-forming cores of galaxies are observed to be non-spherical, so we should model them accordingly,” Nguyen said.

It also was previously thought that black holes were primarily responsible for the occurrence of gigantic X-ray bubbles, as evidence shows they exist above and below the Milky Way’s disk. Yet the researchers’ study highlights that nuclear star-forming rings can produce qualitatively similar structures. This may be important because the Milky Way also has a ring-like structure called the Central Molecular Zone.

The simulations were created using data generated from a program called Cholla, an open-source computer code that’s been run on some of the largest supercomputers in the world, including the Ohio Supercomputer, where they created the model.

“Thirty years ago, this kind of computing would have been impossible, but we’re no longer limited by technology,” Nguyen said. “Now we can now study more complicated structures by conducting high-resolution numerical experiments using code optimized for parallel computing.”

While their findings could have long-standing implications for X-ray astronomy – a branch of science that studies celestial objects by detecting the high levels of X-ray radiation they emit – Nguyen explained that his model is simpler to design than pre-existing models. When designing the parameters of their simulation, Nguyen chose to ignore the additional physics of forces like gravity and magnetic fields, but was still able to generate a model of how a galactic wind operates.

In the future, Nguyen does plan to recreate the simulations again, but with variables that do account for more complicated physics.

“It speaks to the efficacy of our work that the model reproduces a lot of the key features in galactic winds,” Nguyen said. “But the next step is to add those additional physics in and see what changes.”

The study’s other co-author was Todd Thompson, a professor in astronomy at Ohio State. This work was supported by the National Science Foundation. Evan E. Schneider helped with the Cholla simulations.