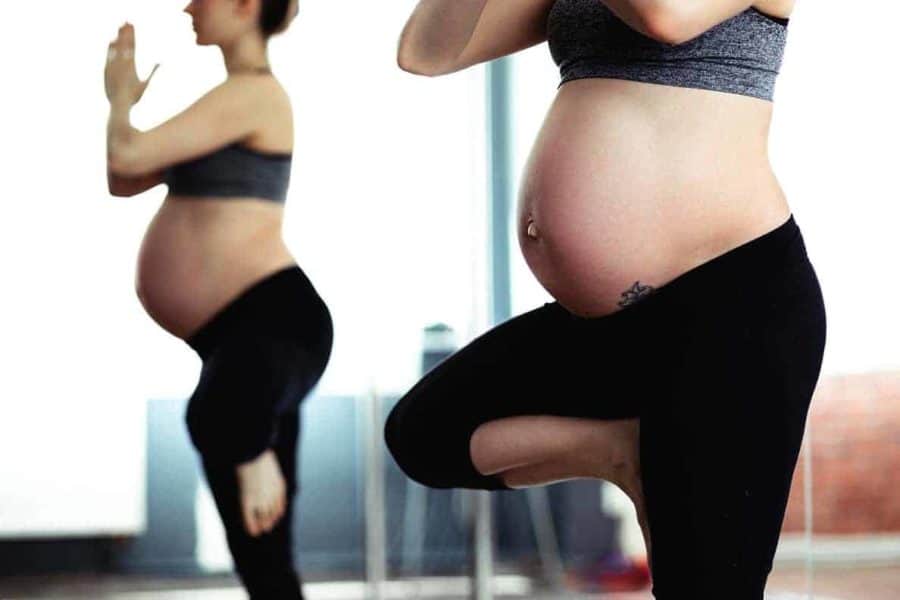 Pregnancy is often thought of as a time of excitement and anticipation.

But for some pregnant and postpartum individuals, the normal physical changes that occur with pregnancy can increase the risk of body dissatisfaction.

Defined as a negative subjective view of one’s body size or shape, body dissatisfaction can increase the risk of postpartum depression and eating disorders, both of which can have long term health consequences for mother and child.

A research team led by Rachel Vanderkruik, PhD, MSc, recently conducted a survey to learn more about the prevalence of body dissatisfaction in pregnancy and postpartum; identify the factors that contribute to these feelings; and what type of intervention could help.

What the Survey Found

In a survey of 161 pregnant and postpartum individuals between the ages of 18 and 45, 50% of respondents reported feelings of body dissatisfaction.

Over 40% of respondents said being pregnant or having a baby had made them self-conscious about their appearance. “It’s been really hard. I like to be thin. I have no control over my body gaining weight. It has caused anxiety and depression,” one respondent wrote.

More than 60% of respondents believed they should be thin or thinner than their current size, and over half said comments from others about their body or size had an impact on their body image.

Not all respondents reported negative feelings about their bodies, however. Some said pregnancy and childbirth led to a greater appreciation for what their bodies were capable of and helped them focus more on their own health and nutrition.

“During pregnancy I started to accept my appearance more and learn to appreciate my body for what it could do, not just how it could look,” said one respondent.

When it comes to possible solutions, 82% of respondents said they’d be interested in a program that focused on body acceptance during pregnancy and postpartum. Most would prefer the interventions to be virtual, facilitated by professionals and conducted in a group setting.

“I would like to speak with other women about how to be healthy postpartum but also [how to be] accepting of the body changes and how we will not look like we used to pre-pregnancy.”

Next Steps and Future Research

There is currently a lack of intervention programs specifically targeted to pregnant and postpartum individuals, Vanderkruik says.

However there are existing evidence-based programs for body acceptance, such as The Body Project, that could be adapted to address the unique needs of pregnant and postpartum individuals.

Another existing intervention, Project Health, could be adapted to address the issue of excessive gestational weight in a way that is also sensitive to feelings of body dissatisfaction.

While weight gain is normal during pregnancy, being overweight or obese pre-pregnancy or gaining excess weight while pregnant can also increase health risks for mother and baby.

“There’s a tension—we want to prevent any body-shaming or unrealistic expectations about returning to a certain body shape or size shortly after delivering,” Vanderkruik explains. “At the same time, we want to support healthy behaviors and a healthy lifestyle, too.”

More research will be needed to address the limitations of the survey and further detangle the complex relationship between weight, body image and healthy behaviors in pregnancy and postpartum.

“We would need to do more research on these issues; there were limitations to our survey study, including that assessments participants’ BMI and mental health were self-reported, and that it was cross-sectional (it only captured data from one point in time),” Vanderkruik says.

“But judging by the response to the survey study, the issues of body image and eating seem to be something that many pregnant and postpartum individuals care about and are interested enough to take the time to complete the survey without compensation and provide thoughtful information.”

The results were recently published in the Archives of Women’s Mental Health.

Vanderkruik, a Staff Psychologist and the Associate Director of Research and Cognitive Behavioral Sciences at the Ammon-Pinizzotto Center for Women’s Mental Health at Massachusetts General Hospital, has heard individual reports of body dissatisfaction from clients in her clinical practice.

With the survey, she wanted to gain a better sense of the scope of the problem and raise awareness of the challenges it creates.

“I think there can be some shame and discomfort talking about issues of body image in pregnancy and postpartum,” Vanderkruik says. “There is still a culture that emphasizes being so happy to be pregnant and such.”

“But women’s experience with their bodies changing is significant, and I think there is not always a lot of honest conversations about the impact of that.”

About the Mass General Research Institute

Research at Massachusetts General Hospital is interwoven through more than 30 different departments, centers and institutes. The Mass General Research Institute was established to guide, support and promote this research enterprise. Our research includes fundamental, lab-based science; clinical trials to test new drugs, devices and diagnostic tools; and community and population-based research to improve health outcomes across populations and eliminate disparities in care.