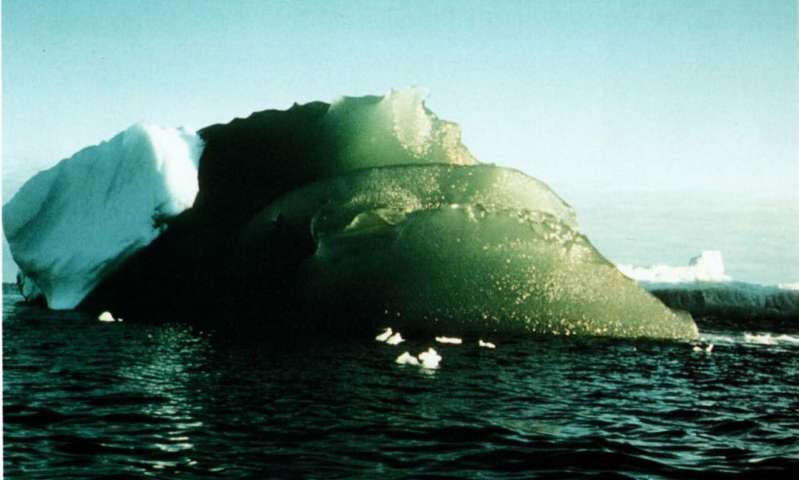 The poles are warming several times faster than the global average, causing record smashing heatwaves that were reported earlier this year in both the Arctic and Antarctic. Melting ice and collapsing glaciers at high latitudes would accelerate sea level rise around the planet. Fortunately, refreezing the poles by reducing incoming sunlight would be both feasible and remarkably cheap, according to new research published today in IOP Publishing’s Environmental Research Communications.

Scientists laid out a possible future program whereby high-flying jets would spray microscopic aerosol particles into the atmosphere at latitudes of 60 degrees north and south – roughly Anchorage and the southern tip of Patagonia.  If injected at a height of 43,000 feet (above airliner cruising altitudes), these aerosols would slowly drift poleward, slightly shading the surface beneath.  “There is widespread and sensible trepidation about deploying aerosols to cool the planet,” notes lead author Wake Smith, “but if the risk/benefit equation were to pay off anywhere, it would be at the poles”.

Particle injections would be performed seasonally in the long days of the local spring and early summer. The same fleet of jets could service both hemispheres, ferrying to the opposite pole with the change of seasons.

Pre-existing military air-to-air refuelling tankers such as the aged KC-135 and the A330 MMRT don’t have enough payload at the required altitudes, whereas newly designed high-altitude tankers would prove much more efficient. A fleet of roughly 125 such tankers could loft a payload sufficient to cool the regions poleward of 60°N/S by 2°C per year, which would return them close to their pre-industrial average temperatures.  Costs are estimated at $11 billion annually – less than one-third the cost of cooling the entire planet by the same 2°C magnitude and a tiny fraction of the cost of reaching net zero emissions.

“Game changing though this could be in a rapidly warming world, stratospheric aerosol injections merely treat a symptom of climate change but not the underlying disease. It’s aspirin, not penicillin. It’s not a substitute for decarbonization,” says Smith.

Cooling at the poles would provide direct protection for only a small fraction of the planet, though the mid-latitudes should also experience some temperature reduction. Since less than 1% of the global human population lives in the target deployment zones, a polar deployment would entail much less direct risk to most of humanity than a global program. “Nonetheless, any intentional turning of the global thermostat would be of common interest to all of humanity and not merely the province of Arctic and Patagonian nations,” adds Smith.

In summary, the current study is just one small and preliminary step towards understanding the costs, benefits, and risks of undertaking climate intervention at high latitudes. It provides further reason to believe that such tools could prove useful both in preserving cryosphere near the poles and slowing sea level rise globally.