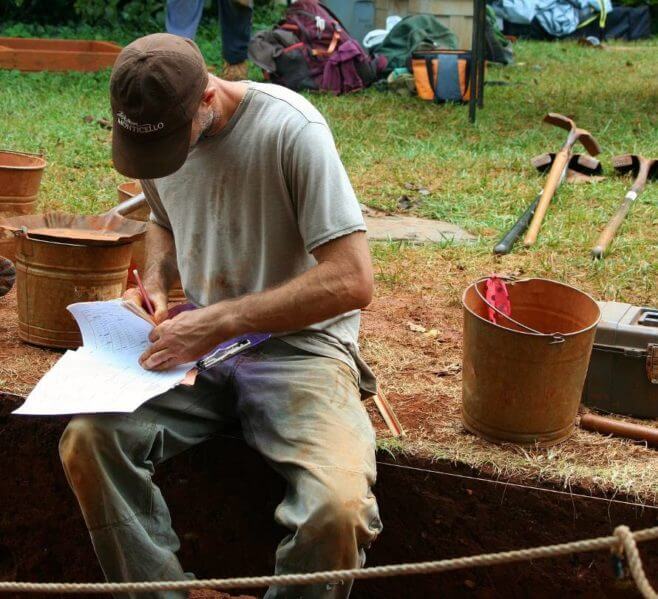 Imagine being stuck in close quarters with your coworkers 24 hours a day, far away from your home, under conditions that are stressful and unfamiliar. Scientists have a name for that: fieldwork.

Doing research outside of the lab is important to career advancement in some fields of science, but it comes with a host of unique challenges. That’s why a team from the Pitt Department of Biological Sciences developed a guide for making fieldwork safer and more equitable, especially for researchers from marginalized groups.

“Fieldwork is inherently risky,” said Elizabeth Rudzki, a graduate student in the Kenneth P. Dietrich School of Arts and Sciences and lead author of the paper. “You have risks that everyone has to deal with, whether it’s bee stings or the terrain or satellite reception, but you also have other risks that become an even bigger concern for students who have a different gender expression, or are Black or a person of color. If we want to increase diversity in the sciences, we need to also make risk more equitable.”

The process at Pitt started around two years ago, when Dietrich School Professor Cori Richards-Zawacki started to assemble a group of colleagues who were having conversations about equity in fieldwork. As director of Pitt’s Pymatuning Lab of Ecology, a research station in Northwest PA, Richards-Zawacki saw the need to gather a broad range of perspectives on the kind of guidance needed for doing fieldwork.

“The field is a place where we have a long way to go,” she said. “One of the things we wanted to do is talk about that potential for negative experiences and the things that we can do to try to head those off.”

Many field stations don’t have any such field guide, Richards-Zawacki said, and those that do exist tend to focus narrowly on issues like first aid or accidents — and don’t engage with broader issues of identity and structural inequality.

After assembling a group of researchers spanning different career stages and identities, the team split into smaller working groups and spent a little over a year refining their guidance. The team’s goals also expanded to include other groups that experience unique challenges in the field, like researchers nursing or caring for children.

The result is a document that serves not just as instructions for leaders in the field, but also as a way for students to start conversations with their mentors about their own needs. The researchers described their process, along with resources for other teams who want to assemble similar manuals, in a paper published Sept. 21 in the journal Methods in Ecology and Evolution.

For Rudzki, who experiences mobility challenges, including guidance for accommodating researchers with disabilities was a priority. “Even when focusing on marginalized communities, society leaves out disabilities,” Rudzki said. One example she gave was the need to provide coolers or mini-refrigerators in the field, which benefits both those who rely on refrigeration for medicines like insulin, and parents storing breast milk.

Richards-Zawacki had her own share of tense experiences while doing fieldwork as a graduate student in Panama. Even if researchers have all the proper permits and the support of local collaborators, some residents may be suspicious, and in Richards-Zawacki’s own lab, she now provides shirts and car dashboard signs that signal what researchers are doing and why they are there.

Now, other lab leaders in the department have a tool to make sure they’ve checked all the right boxes before they or their students enter a dangerous or stressful situation. Conversations like these are likely to grow more common in the coming years, Richards-Zawacki said, especially as the National Science Foundation is considering a new requirement for researchers to provide field safety plans as part of grant proposals. “It’s clearly something that’s on a lot of peoples’ minds,” she said.

Along with providing notes on the team’s process of putting together their manual, the publication also includes dozens of other resources for gathering diverse perspectives on the challenges of fieldwork – and serves as a roadmap for anyone who wants to have similar conversations in their own organization.

“I hope that what they take from it is the value of thinking critically about who your team of experts is going to be, and making sure that it’s a diverse a group with as diverse opinions and perspectives as you can get,” said Richards-Zawacki.