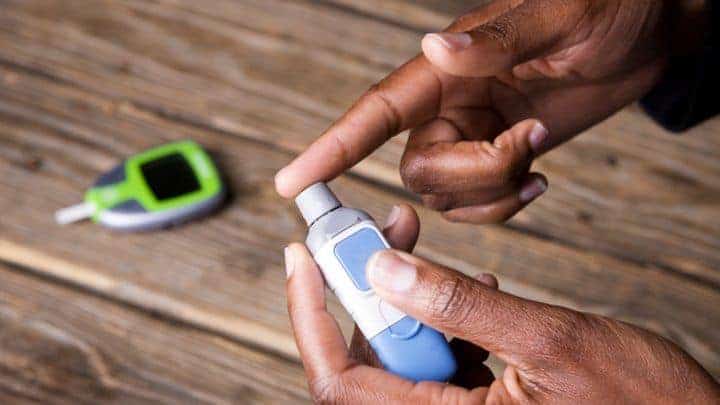 A common group of viruses is strongly associated with type 1 diabetes (T1D), new research being presented at the annual meeting of the European Association for the Study of Diabetes in Stockholm, Sweden (19-23 Sept), finds.

The Australian analysis found that individuals with T1D were eight times more likely to have an enterovirus infection than those without T1D.

T1D is the most common form of diabetes in children and incidence has been increasing worldwide in recent decades. In those with the condition, the immune system attacks and destroys the insulin-producing beta cells in the pancreas, preventing the body from producing enough of the hormone to properly regulate blood sugar levels.

Over time, high blood sugar levels can damage the heart, eyes, feet and kidneys and can shorten life expectancy. In addition, diabetic ketoacidosis, a condition which often presents at diagnosis of T1D and involves the build-up of harmful substances called ketones in the blood, can be life-threatening if not treated early.

What exactly triggers the immune system’s attack remains controversial but is thought to involve a combination of a genetic predisposition and one or more environmental triggers such as a virus infection.

Some of the strongest evidence for virus involvement points towards the enteroviruses. This very common group of viruses includes those that cause polio and hand, foot and mouth disease (HFMD), as well as other types that cause milder, cold-like symptoms.

Vaccines that seek to reduce the incidence of T1D by preventing enterovirus infection are already in clinical trials1 and confirmation of the role of enteroviruses would support this and other work towards the primary prevention of T1D.

To explore the association more deeply, Sonia Isaacs, of the Department of Paediatrics and Child Health, School of Clinical Medicine, University of New South Wales, Australia, and colleagues carried out a systematic review and meta-analysis of existing research on the topic.

The meta-analysis – the largest in this field – included data on 12,077 participants (age 0-87 years) from 60 controlled observational studies found on the PubMed and Embase databases.

Enterovirus RNA or protein, a sign of a current or recent infection, was detected in blood, stool or tissue samples using a range of advanced, and highly sensitive, molecular techniques.

The odds of enterovirus infection were eight times greater in those with T1D than those without T1D.

Most importantly, individuals with T1D were over 16 times more likely to have an enterovirus infection detected in the month after their T1D diagnosis, than those without T1D.

The researchers conclude that there is a clear association between enterovirus infection and both islet autoimmunity and T1D.

Ms Isaacs adds: “These findings provide further support for ongoing work to develop vaccines to prevent the development of islet autoimmunity and therefore reduce the incidence of T1D.”

There are several theories about how enteroviruses increase the risk of developing T1D. It is thought, for example, that their interaction with particular genes may be important.

Ms Isaacs explains: “Our study found that people with T1D who had both genetic risk and a first-degree relative with T1D were 29 times more likely to have an enterovirus infection.

“The number, timing and duration and even the site of enterovirus infections may also be important. The ‘leaky gut’ hypothesis suggests that viruses originating in the gut could travel along with activated immune cells to the pancreas, where a low-level, persistent infection and resulting inflammation can lead to an autoimmune response.

“Virus infections are also proposed to work in combination with other factors such as diet, imbalances in the gut microbiome and even chemical exposures which may occur in utero (during pregnancy) or early childhood. There is still a lot to learn.”

The authors have no conflicts of interest to declare.

This press release is based on abstract 236 at the annual meeting of the European Association for the Study of Diabetes (EASD). The material has been peer reviewed by the congress selection committee. The research will soon be submitted to a medical journal but the full paper is not yet available.