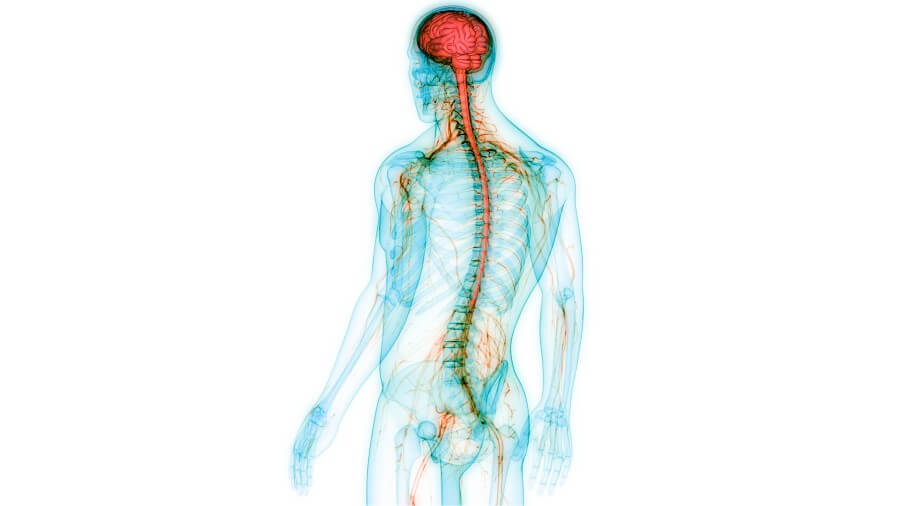 The results in mice, which, like humans, require social interaction, led researchers to suggest that group intervention may be physically and emotionally beneficial for individuals with spinal cord injury.

A research finding in mice that the drug gabapentin improved rehab compliance after spinal cord injury led scientists to a related, unexpected discovery: Injured mice that didn’t receive gabapentin and declined to exercise by themselves were willing to hop on the treadmill when presented with a group rehab option.

Researchers observed that in mice with spinal cord injury (SCI), those treated with gabapentin routinely participated in voluntary post-injury treadmill training. Mice that received a placebo were less engaged in voluntary rehab, and participation declined as they neared the chronic phase of post-injury disease.

Differences in the generation of new neurons and anxiety-like symptoms suggested gabapentin was protecting mental well-being in animals with SCI, leading researchers to consider a way to boost untreated animals’ drive to aid in their own recovery – by enabling group participation. Instead of having mice train alone on treadmills in lanes with structural dividers, scientists took the dividers away.

“The results were astonishing,” said senior author Andrea Tedeschi, assistant professor of neuroscience in The Ohio State University College of Medicine. “We found that a social motivator was sufficient to rescue rehab participation in mice without the drug, and though it was modest, this promoted some degree of recovery as well.

“Given these results, and that mice and humans both require social interaction, we might start thinking about rehab strategies, and consider whether group intervention may be physically and emotionally beneficial for individuals with spinal cord injury.”

The study was published recently in the journal Frontiers in Molecular Neuroscience.

Researchers were following up on those results by testing whether gabapentin combined with classic post-spinal cord injury treadmill training could improve recovery even further. They were surprised to find no additional forelimb function in the treated and rehabbed animals.

“This was disappointing, to find there was no synergistic effect of the drug and rehab on recovery, but it is a very informative piece of data,” Tedeschi said. “There was a clear difference when looking at willingness to exercise or not exercise that tells us more about the mechanisms of gabapentin in the context of spinal cord injury. The effect on mental health is not what we expected, but it led us to start exploring the psychopathology of spinal cord injury.”

Researchers next compared hippocampal neurogenesis – the birth of new neurons – and found that mice receiving gabapentin after spinal cord injury had about twice as many newly born neurons than untreated mice. Behavioral assessments also suggested the untreated injured mice had higher levels of fear and anxiety than the treated injured mice.

“This was a turning point – we asked ourselves what we could do to start rectifying the behavior of control mice to at least in part rescue these defects,” Tedeschi said. “We came up with the idea that the problem could be a lack of social stimuli. So we brought in some mice that were more motivated than others to see if as a group, there’s a drive to exercise together. And that level of social stimuli was powerful enough to regain participation and produce a modest bump in performance in mice that had received a placebo.”

In previous work, Tedeschi and colleagues found that gabapentin blocks activity of a protein that has a role in the growth process of axons, the long, slender extensions of nerve cell bodies that transmit messages, effectively allowing axons to grow longer after spinal cord injury. And though the treated mice in this new study didn’t gain additional function with rehab, the gabapentin enabled them to perform at a much higher level than untreated mice from the onset of the training exercises.

But these new findings suggest gabapentin also prevents some secondary complications associated with spinal cord injury, and the lab will be looking further into the mechanisms behind those benefits.

In the meantime, Tedeschi said, it might be worth giving patients with spinal cord injury an opportunity to rehab together.

“Individuals who have a spinal cord injury are more susceptible to developing anxiety and depression compared to the rest of the population,” he said. “Our recommendation is to consider enabling patients to exercise together to see to what extent this social bonding factor will help with healing and boosting recovery in these individuals.”