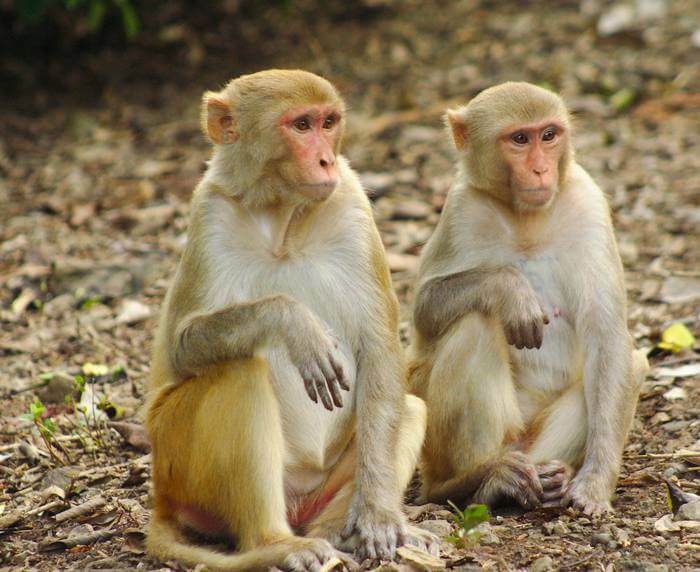 SARS-CoV-2, the COVID-19 virus, caused significant neuron damage and inflammation within a week of infection in rhesus macaque monkeys, according to a new study. The researchers from the California National Primate Research Center at the University of California, Davis, also discovered that aged monkeys with Type 2 diabetes experienced worse virus-induced neurological damage. The findings, published in Cell Reports Oct. 12, provide a framework to study the long-term neurological symptoms linked to COVID-19.

Eighty percent of individuals testing positive for COVID-19 reported neurological symptoms, according to a recent report. Studies in humans have been unable to confirm whether these symptoms are due to a general inflammatory response in the body, or if the virus directly infects the brain. Using a recently developed nonhuman primate model of the disease, UC Davis researchers revealed that COVID reaches the brain by transport through the nose along the olfactory nerve, a nerve that starts in the brain and ends in the upper inside part of the nose.

“We not only demonstrated that the virus infects the brain, but also that it directly infects neurons and can be transported along nerve pathways to sites beyond the initial olfactory regions,” said senior author John Morrison, professor of neurology at UC Davis and director of the CNPRC.

Young, healthy rhesus macaques and aged animals with Type 2 diabetes were inoculated with the SARS-Cov-2 virus and compared to noninfected, age-matched controls. Seven days after the animals were exposed to the virus, researchers were able to identify the virus in brain tissue as well as several different types of brain cell. High-powered microscopes allowed the scientists to visualize interactions between the virus and brain cells.

Their findings leave no doubt that the virus was entering the brain and damaging brain cells along the way, said first author Danielle Beckman, a postdoctoral researcher at UC Davis. By comparing young and aged animals, it became clear that viral infection was exacerbated in the aged animals. Brain cells of infected aged monkeys appeared shrunken.

Perhaps most striking was the distance the virus traveled in aged animals compared to the young, healthy animals. While the virus was mostly found in the primary olfactory cortex in all inoculated animals, the virus spread further in aged animals. Cellular markers of SARS-CoV-2 were seen in regions of the brain extending beyond immediate sensation and perception of smell, and into areas highly involved in emotion, memory and cognition in aged animals. These findings raise concerns about potential spikes in neurodegenerative diseases and vulnerability to dementia-related illnesses, like Alzheimer’s, as infected adults age.

“In the aged monkeys in particular, the virus is infecting neurons in regions known to be highly vulnerable to Alzheimer’s disease,” Morrison said.

The researchers also aimed to understand how the virus could cause cell damage and lasting impacts on the brain. Evidence suggests that SARS-CoV-2 causes inflammation in the brain. Cells in the central nervous system respond by breaking down and removing the inflamed cells.

“Although this process can be beneficial and is meant to heal the central nervous system, the intensity with which SARS-CoV-2 induced inflammation in aged rhesus macaques led to significant damage,” Beckman said.

Identifying the molecular and cellular mechanisms causing long-term symptoms of infection will be essential to reduce the burden of COVID-19 neurological complications. The current findings lay the groundwork for future studies and highlight the critical role of nonhuman primate models in this research.

The researchers are now studying the brains from monkeys several months after infection to better understand the extent and nature of brain damage that might underlie the long-term neurological complications of COVID-19.

Parts of the work were presented at the annual meeting of the Society for Neuroscience last year. Additional authors on the paper are: Alyssa Bonillas, Giovanne Diniz, Sean Ott, Jamin Roh, Sonny Elizaldi, Brian Schmidt, Rebecca Sammak, Koen Van Rompay and Smita Iyer, all at UC Davis. The work was supported by grants from the National Institutes of Health.