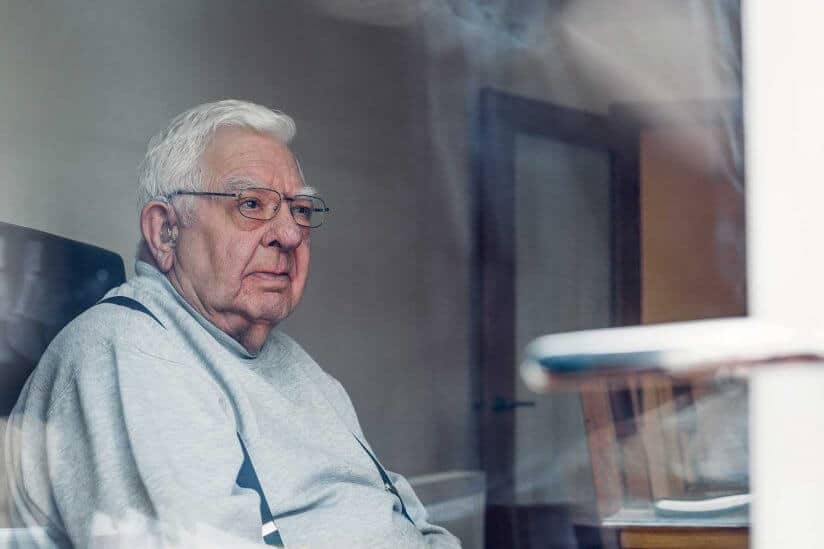 People living with dementia may benefit from talking therapies available on the NHS, if they suffer from anxiety or depression, finds a new study led by UCL researchers.

Mental health problems such as depression and anxiety are very common in people with dementia, and previous studies estimate that 38% of people with mild dementia are affected by the conditions.

However, the new study, published in eClinicalMedicine, is the first to assess whether talking therapies that are routinely delivered within healthcare settings might be helpful to relieve symptoms.

Researchers examined data from 2,515,402 people, who had clinically significant anxiety or depression and completed a course of treatment via the national ‘Improving Access to Psychological Therapies’ (IAPT) service in England between 2012 and 2019.

IAPT is a free NHS service and offers evidence-based therapies for treating anxiety and depression, including CBT (cognitive behavioural therapy), counselling and guided self-help, with sessions delivered either face-to-face individually, in groups, or online.

To be counted in the study, participants had to have either:

To examine outcomes for people living with dementia, the researchers looked at all those who had a dementia diagnosis before starting IAPT treatment – which was 1,549 people.

They also used a control group of 1,329 people to assess whether therapy outcomes for those living with dementia differed from those without dementia, by selecting a group of people from the full dataset who were similar to the people with dementia in terms of age, gender, depression and anxiety severity when starting treatment.

The researchers found that among people with dementia, the treatment proved to be clinically beneficial and 63% of them saw a reduction in symptoms of depression and anxiety, following IAPT. Meanwhile, approximately 40% recovered completely.

Comparatively, in the control group, 70% of participants saw an improvement in symptoms and 47% recovered.

Lead author, PhD candidate Georgia Bell (UCL Psychology & Language Sciences), said: “Anxiety and depression are very common in people with dementia. They are extremely debilitating and associated with worse outcomes for both the person with dementia and their carers.

“Consequently, our findings support the use of IAPT to treat anxiety and depression in people with dementia. We hope this study will have implications for encouraging referrals and adaptations to increase access and enhance outcomes for people living with dementia.”

Previously, there was limited evidence that talking therapies were adequately effective for people with dementia, but a review of evidence led by UCL researchers confirmed their efficacy earlier this year.*** This latest study adds to that, by confirming that NHS treatment offerings can confer such a benefit.

The study was funded by the Alzheimer’s Society and Wellcome.

Dr Richard Oakley, Associate Director of Research at Alzheimer’s Society, said: “Many people living with dementia also have depression and anxiety, making it even harder for them and their carers to cope with symptoms and for some people even leading to a faster decline in memory and thinking problems. Consistent and accessible mental health support after a diagnosis is vital.

“This Alzheimer’s Society-funded research is the first study looking at the effectiveness of therapy for people living with dementia in a real-world setting. It showed that people living with dementia showed a significant improvement in symptoms of anxiety and depression when treated with therapy, even though their response wasn’t as strong as that shown in the general population.

“This research underpins the importance of timely access to mental health support, as revealed in our recent Left To Cope Alone report. We found 61% of people affected by dementia are currently in need of mental health support, and yet, in 2018, of 1 million annual referrals to Improving Access to Psychological Therapies (IAPT) services, just 0.2% were for people with dementia.

“Though this study didn’t compare the types of therapy, types of dementia, or if there were adaptations made for people living with the disease, it still highlights the urgent need to improve real-world therapy for those living with dementia – with adaptations to improve its effectiveness and accessibility.

“Alzheimer’s Society can provide advice, emotional support, and guidance for those living with, or affected by the condition. Visit alzheimers.org.uk or call 0333 150 3456.”

Researchers were unable to infer causal relationships between receiving therapy and having an improvement in symptoms as the study was observational in nature and a randomised control design would be needed to establish this causality. Furthermore, while there is evidence to suggest that questionnaires for measuring anxiety and depression can be validly completed by people with dementia, the anxiety scale used has not been validated for use in a sample of people living with dementia meaning it may not accurately measure anxiety.

Researchers could also not distinguish the type of therapy given to the patients during their IAPT treatment so it is unclear whether one type of therapy may be better than any other in treating anxiety and depression in people living with dementia.

Additionally, the identification of people living with dementia was based on linked records, so some who attended IAPT may have been missed. And the severity of dementia could also not be accounted for at the time of psychological treatment.