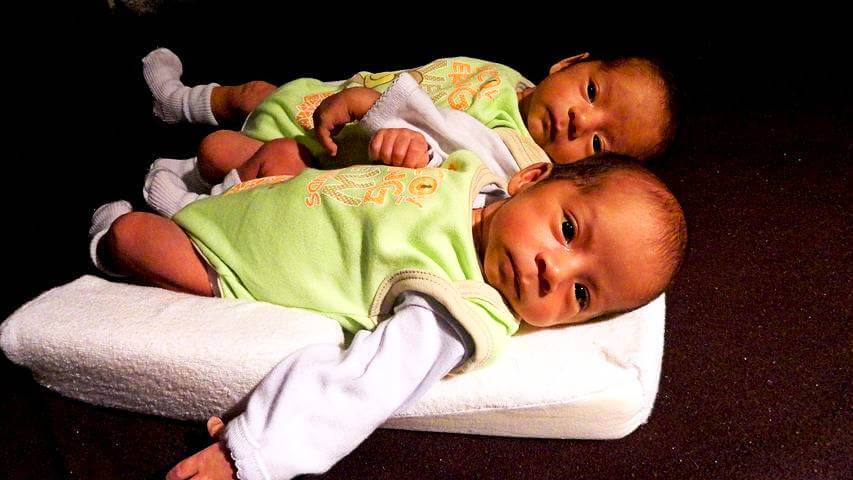 In a set of identical twins, investigators led by researchers at Massachusetts General Hospital (MGH) and Children’s Hospital Philadelphia (CHOP) have identified a mitochondrial disease not previously reported.

Diseases that affect mitochondria—specialized compartments within cells that contain their own DNA and convert the food we eat into energy needed to sustain life—typically interfere with mitochondrial function, but in these two patients, mitochondria were hyperactive.

So, as reported in the New England Journal of Medicine, even though the siblings were eating far more calories than needed, their body weights remained very low.

“This is a highly unusual mitochondrial phenotype. There are more than 300 rare genetic mitochondrial diseases, and nearly all of them are associated with an interruption of mitochondria,” says senior author Vamsi K. Mootha, MD, a Professor of Systems Biology and Medicine at MGH.

Genome sequencing revealed a mutation in an enzyme called the mitochondrial ATP synthase, which is required by cells to generate the energy storage molecule ATP.

“We propose a new name—mitochondrial uncoupling syndrome—that presents with hypermetabolism and uncoupled mitochondria,” says Mootha. “These cases are very important for the field of rare disease genetics, mitochondrial biology, and metabolism.”

The authors note that additional studies on mitochondrial uncoupling syndromes may provide insights into differences in energy metabolism in the general population.

“These twins represent the first disorder of mitochondrial uncoupling where we have been able to find the genetic cause,” said Rebecca D. Ganetzky, MD, an attending physician in Mitochondrial Medicine program at CHOP and co-author of the study.

“By discovering that pathogenic variants in the ATP synthase itself can cause mitochondrial uncoupling, these twins may be the first identified patients in a whole class of diseases of mitochondrial coupling.”

This work was supported by the National Institutes of Health and others.

Massachusetts General Hospital, founded in 1811, is the original and largest teaching hospital of Harvard Medical School. The Mass General Research Institute conducts the largest hospital-based research program in the nation, with annual research operations of more than $1 billion and comprises more than 9,500 researchers working across more than 30 institutes, centers and departments. In July 2022, Mass General was named #8 in the U.S. News & World Report list of “America’s Best Hospitals.” MGH is a founding member of the Mass General Brigham healthcare system.