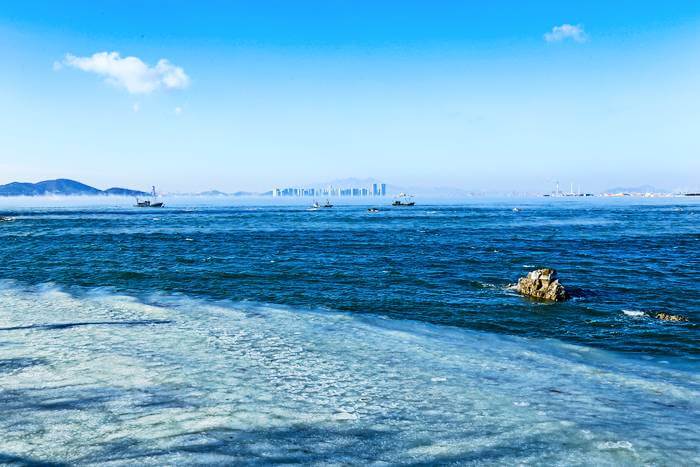 Arctic sea smoke near Qingdao, China on January 7th, 2021 when cold surge hit northern China. A result of frigid air passing over relatively warm water, the phenomenon is rare, even in the Arctic.

El Niño–Southern Oscillation (ENSO) is an irregular periodic variation in winds and sea surface temperatures over the tropical eastern Pacific Ocean that affects the climate of much of the tropics and subtropics.

This natural phenomenon is important to study because of the socioeconomic impacts it can have on matters such as food security, agricultural production, human health and water resources, to name but a few.

With its strong preference to peak during boreal winter and rapidly decay in spring (known as “phase-locking”), and quasi-periodic oscillations of 2–7 years, historically, ENSO rarely maintains for long in either its cold phase (La Niña) or warm phase (El Niño). However, since the turn of the current century, three instances of so-called “double dip” La Niña events have occurred, in 2007–09, 2010–12 and 2020–22.

This succession of double-dip La Niña events is intriguing enough in itself; but now, based on updated data from several organizations issued in April 2022, it seems that the current event is likely to continue through the boreal summer and fall of 2022, suggesting a strong possibility of a third-year La Niña lasting from 202023.

“This would be the first third-year La Niña since the 1998–2001 event, which was the only such event observed since 1980,” explains Dr Xianghui Fang from Fudan University, China.

By examining the status of the atmosphere–ocean system over the tropical Pacific in March 2022, Fang and his collaborator, Prof. Fei Zheng, from the Institute of Atmospheric Physics, Chinese Academy of Sciences, found that the equatorial central to eastern Pacific was still maintaining colder conditions than normal, and the southeasterly winds over the equatorial Pacific were appreciable.

The team analyzed the possible contributions of four physical factors related to the thermocline (the boundary between warmer ocean water at the surface and cooler water below) and surface winds in this potential third-year La Niña. Historically, the atmospheric variables in spring 2022 indicate the easterly and southerly winds will reach their largest amplitude since 1980, which supports the emergence of a third-year La Niña.

The team further discusses the possible global climate impacts of this impending third-year La Niña event in a News & Views article published in Advances in Atmospheric Sciences. Specifically, they examine the only two other similar events in history, in 1973–1976 and 1998–2001, and, based on the similarities and differences, conclude that there is much uncertainty in predicting the climatic effects of the current event, both in terms of summer precipitation and winter temperature.

“Nonetheless, we should be aware of the risk of intense cold surges in Eurasia, which could also produce more cold extremes either in eastern or northeastern China,” Fang warns.