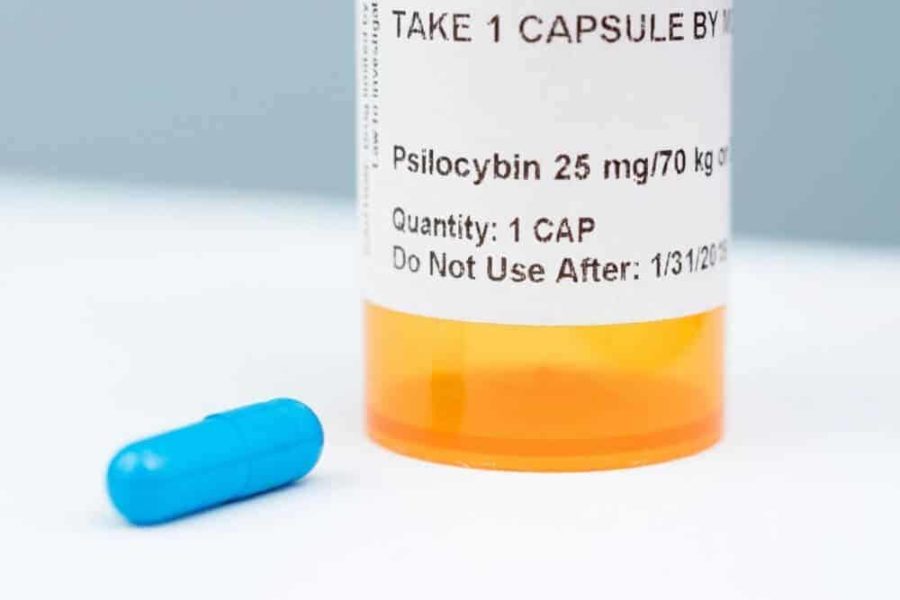 A multicentre clinical trial led by COMPASS Pathways across 22 international sites including Institute of Psychiatry, Psychology & Neuroscience (IoPPN) at King’s College London and South London and Maudsley NHS Foundation Trust has found that a single 25mg dose of COMP360 psilocybin, alongside psychological support, had a significant impact in reducing symptoms of depression in participants with treatment-resistant depression.

Approximately 100 million people in the world suffer with treatment-resistant depression, which means they have not responded to at least two antidepressant treatments for their major depressive disorder.

The study, published in the New England Journal of Medicine, investigated the change from baseline in the severity of depression, as assessed using the Montgomery–Åsberg Depression Rating Scale, in participants with treatment-resistant depression over the course of 12 weeks following a single dose of COMP360 psilocybin alongside psychological support.  Researchers found that participants reported a greater reduction in depression scores three weeks after taking a single 25 mg dose of COMP360 psilocybin compared to those who took the lowest 1 mg dose.

Some adverse effects, such as headaches, nausea, dizziness, fatigue, and thoughts around suicide, were reported across all dose groups.

This phase 2b clinical trial was conducted at 22 sites in 10 countries across Europe (Czech Republic, Denmark, Germany, Ireland, the Netherlands, Portugal, Spain, and the United Kingdom) and North America (Canada and the United States) between 1 March 2019 and 27 September 2021. 233 participants with treatment-resistant depression were allocated at random to receive a single 25 mg, 10 mg, or 1 mg dose of COMP360 psilocybin, along with psychological support; with those who received the 1 mg dose acting as a control group.  Neither the participants nor the researchers were aware which dose the participant had received.

‘Whilst many patients with mental health problems get better with available treatments, a subgroup of patients do not even though they try many different forms of treatment. This is sometimes called ‘treatment resistance’. This can lead to a variety of other problems that seriously impact on patients and the people around them. Treatment options are often limited, coming with troublesome side effects and/or stigma. Therefore, new paradigms of treatment are needed, and clinical research of new treatments is important. Psilocybin therapy may be a new paradigm of treatment, but this needs to be tested in clinical trials. We are doing this work at the Psychoactive Trials Group, and we deliver new and pioneering treatments in collaboration with our colleagues at the Maudsley Centre for Advanced Treatments.’

‘This study, which is by far the largest clinical trial on the use of psilocybin for treatment-resistant depression to date, demonstrated that a single 25 mg dose of psilocybin improved participants’ symptoms of depression in comparison to a 1 mg dose (control). These findings are a positive step in the right direction. Our task now is to investigate psilocybin for treatment-resistant depression in larger clinical trials with more participants, comparing it both to placebo and to established treatments.’

‘The publication of our COMP360 psilocybin therapy study in the most prestigious peer-reviewed medical journal in the world is a proud moment for everyone involved,’ said Professor Guy Goodwin, Chief Medical Officer, COMPASS Pathways. ‘We saw positive results in a particularly difficult to treat group of patients, and the highest dose of COMP360 psilocybin had the greatest impact on people’s depression. This suggests that COMP360 psilocybin has a true pharmacological effect, a finding that is critical for it to be recognised as a new treatment option in the future. We look forward to starting our phase 3 programme later this year, moving us closer to providing COMP360 psilocybin with psychological support for patients who desperately need it.’

All participants were assessed on the severity of their depressive symptoms the day before the COMP360 psilocybin was administered, and follow up assessments were conducted on day two, and weeks one, three, six, nine, and 12.

Participants were given COMP360 psilocybin in specialised rooms designed to provide a nonclinical and calming atmosphere. The psychedelic effects lasted between 6 to 8 hours, and during this time an experienced therapist was in the room to provide psychological support. All therapists underwent a detailed training programme designed for the trial. After the psychedelic effects were fully dissipated participants were able to return home.

Researchers found that participants who received the 25 mg dose of COMP360 psilocybin, with psychological support, experienced a rapid and greater reduction in depression scores than those who received the 1 mg control dose (p<0.001).

Over the 12-week study period adverse effects, including headache, nausea, dizziness, and fatigue, occurred in 84% of participants in the 25 mg dose group, 75% in the 10 mg dose group, and 72% in the 1 mg dose group.  Suicidal ideation and intentional self-injury were seen in all dose groups, as is common in treatment-resistant depression studies. Most cases occurred more than a week after the COMP360 psilocybin session. There was no mean worsening of suicidal ideation scores on the MADRS scale in any dose group. Suicidal behaviours were reported at least one month after COMP360 administration for three non-responders in the 25mg group.

The trial was designed and funded by COMPASS Pathways. It was conducted in collaboration with the Psychoactive Trials Group at the IoPPN and the South London and Maudsley NHS Foundation Trust.