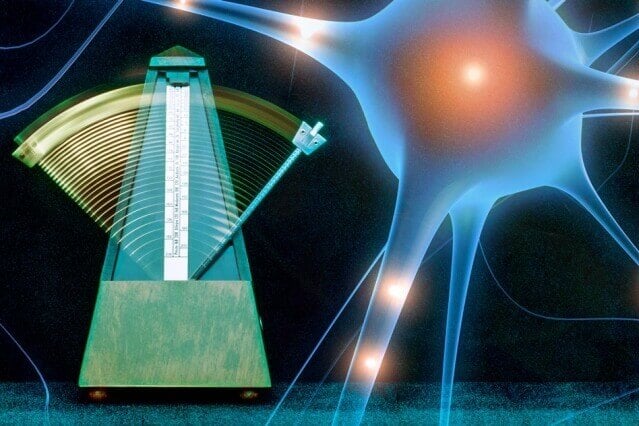 Our brains “time-stamp” the order of incoming sounds, allowing us to correctly process the words that we hear, shows a new study by a team of psychology and linguistics researchers. Its findings which appear in the journal Nature Communications, , offer new insights into the intricacies of neurological function.

“To understand speech, your brain needs to accurately interpret both the speech sounds’ identity and the order that they were uttered to correctly recognize the words being said,” explains Laura Gwilliams, the paper’s lead author, an NYU doctoral student at the time of the research and now a postdoctoral fellow at the University of California, San Francisco. “We show how the brain achieves this feat: Different sounds are responded to with different neural populations. And, each sound is time-stamped with how much time has gone by since it entered the ear. This allows the listener to know both the order and the identity of the sounds that someone is saying to correctly figure out what words the person is saying.”

While the brain’s role in processing individual sounds has been well-researched, there is much we don’t know about how we manage the fast auditory sequences that constitute speech. Additional understanding of the brain’s dynamics can potentially lead to addressing neurological afflictions that diminish our ability to understand the spoken word.

In the Nature Communications study, the scientists aimed to understand how the brain processes the identity and order of speech sounds, given that they unfold so quickly. This is significant because your brain needs to accurately interpret both the speech sounds’ identity (e.g., l-e-m-o-n) and the order that they were uttered (e.g., 1-2-3-4-5) to correctly recognize the words being said (e.g. “lemon” and not “melon”).

To do so, they recorded the brain activity of more than 20 human subjects—all native English speakers—while these subjects listened to two hours of an audiobook. Specifically, the researchers correlated the subjects’ brain activity in relation to the properties of the speech sounds that distinguish one sound from another (e.g. “m” vs “n”).

“We found that each speech sound initiates a cascade of neurons firing in different places in the auditory cortex,” explains Gwilliams, who will return to NYU’s Department of Psychology as an assistant professor in 2023. “This means that the information about each individual sound in the phonetic word ‘k-a-t’ gets passed between different neural populations in a predictable way, which serves to time-stamp each sound with its relative order.”