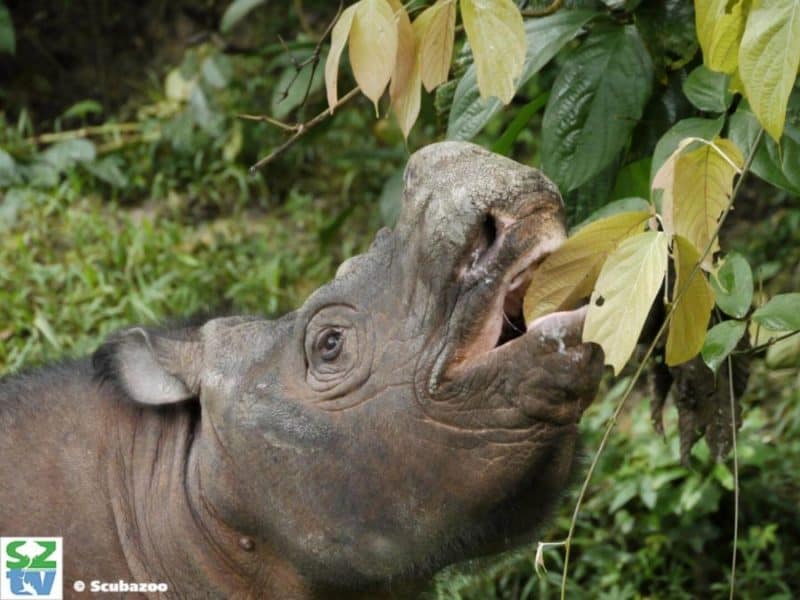 Researchers generated induced pluripotent stem cells (iPSCs) and cerebral organoids from the last male Malaysian Sumatran rhino, according to a study published in the journal iScience on October 20. As noted by the authors, the organoids could contribute to knowledge about the evolutionary progression of brain development in mammals and may help to unravel the ancient history of the rhinoceros family.

“To the best of our knowledge, cerebral organoids have only been obtained from mouse, human, and non-human primate pluripotent stem cells so far,” says senior study author Sebastian Diecke of the Max‐Delbrück‐Center for Molecular Medicine in the Helmholtz Association (MDC). “We were excited to observe the formation of mini brains from Sumatran rhino iPSCs in a seemingly comparable fashion as described for human organoids.”

The sixth mass extinction is progressing with unprecedented speed. The five extant rhinoceros species are particularly affected due to poaching, as well as habitat destruction and fragmentation. The Sumatran rhino, also known as the hairy or Asian two-horned rhino, is the smallest and most ancient of the extant rhinoceros species. It plays a key role in shaping forests and spreading the seeds of at least 79 different plant species.

Fewer than 80 Sumatran rhinos are left on earth. Once, they inhabited a continuous, vast area in East and Southeast Asia. But now, only small, fragmented populations remain scattered across Sumatra and Indonesian Borneo. Habitat loss and limited breeding possibilities are the greatest threats for the species and are leading to a continuous population decline.

To stop the erosion of genetic diversity, the reintroduction of genetic material is indispensable. Because the propagation rate of captive breeding is too low, innovative technologies need to be developed. iPSCs are a powerful tool to fight extinction. They give rise to each cell within the body, including gametes, and provide a unique approach to preserve genetic material across time. Beyond application in innovative conservation strategies, iPSCs from endangered species enable research on species-specific developmental processes.

In the new study, Diecke and his collaborators generated iPSCs from the last male Malaysian Sumatran rhino, Kertam, who died in 2019, and characterized them comprehensively. The iPSCs gave rise to cells of the three germ layers. “We conserved his genetic information and created an opportunity to produce viable spermatozoa for breeding purposes in the future,” says first author Vera Zywitza of MDC. “As the quality of semen collected from Sumatran rhinos is poor directly after retrieval and even worse after cryopreservation and thawing, in vitro-generated spermatozoa offer a great alternative for assisted breeding of Sumatran rhinos in general.”

In addition, the cerebral organoids highlight the ability of iPSCs to generate complex 3D structures and represent a promising application for studying the evolutionary progression of brain development across species. The organoids developed in a self-organized manner and expressed all neural markers tested. Taken together, this work represents the first step toward fighting extinction of the Sumatran rhino using stem-cell-associated techniques.

“We hope the general audience gains insights into the great potential of iPSCs and the variety of applications they can be used for,” Diecke says. “We also aim to raise awareness of the ongoing sixth mass extinction event, which is caused by human activities, and the great efforts that need to be taken to rescue a single species.”