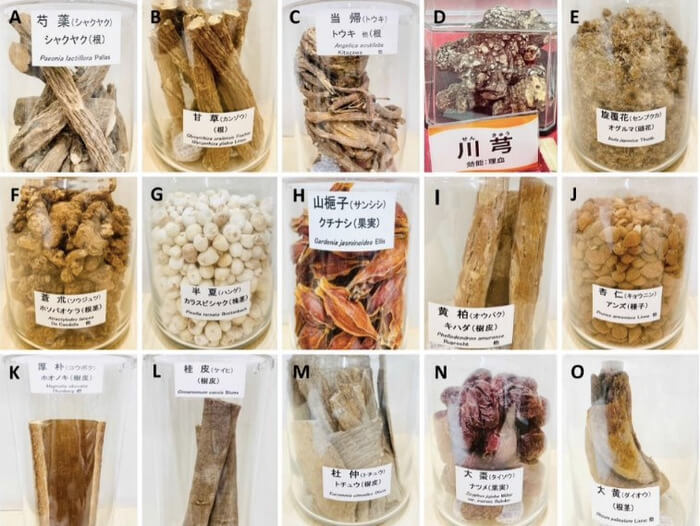 Kampo can trace its origins to an 8th century Chinese monk, Jianzhen, who brought to Japan wisdom on Buddhism as well as Traditional Chinese Medicine.

Traditional Chinese medicine (TCM) has been around for centuries. With a history of almost 3000 years dating back to the early Zhou Dynasty, it has been incorporated into China’s present medical system. The traditional practice involves the use of plants, animals, and minerals. It works on the principle of maintaining the delicate balance between ‘yin’ and ‘yang’—the opposite but interconnected forces said to be at the core of all creation—to prevent diseases and maintain health. Originating in China, TCM is practiced widely today, including in Japan.

It has long been considered that TCM was introduced in Japan by the monk, Jianzhen or Ganjin, who visited Japan in the 8th century to promote the teachings of Buddhism on the invitation of two Japanese clerics. Born in Yangzhou, the monk Jianzhen was well-versed in TCM and was proficient in Buddhism. When he arrived in Japan in 753 CE, it is said that he had with him 36 kinds of herbal medicines, each with different pharmacological effects and recipes for different combinations to treat a variety of diseases. Along with his Buddhist teachings, whether Jianzhen imparted his pharmacological and medical knowledge, thereby influencing existing traditional Japanese medicine, remains debated.

Now, researchers from Japan and China, led by Professor Toshihiko Matsuo of the Graduate School of Interdisciplinary Science and Engineering in Health Systems, Okayama University, have conducted an extensive review of available Chinese, Japanese, and English literature to shed light on this longstanding mystery. The team comprised of Shihui Liu, former assistant professor in Okayama University, visiting research fellow Chie Matsuo, and senior assistant professor Takumi Abe, both from Okayama University. Their article, published on 18 October 2022 in the journal Compounds, offers interesting insights on the life of Jianzhen as seen through the lens of his ethnopharmacological knowledge.

On his trip to Japan, Jianzhen gathered and brought with him things he found on his way, things as insignificant as stalactites and Zixue (a TCM component), while also bringing traditional ingredients from China, including musk, agarwood, snail, rosin, dipterocarp, fragrant gall, benzoin, incense, dutchman’s pipe root, Pistacia lentiscus, Piper longum, Terminalia chebula/haritaki, asafetida, sugar, sucrose, 10 bushels of honey, and 80 bunches of sugar cane. In their article, the researchers have reviewed the 36 herbal medicines and their therapeutic effects that were brought to Japan. Local lore suggests Jianzhen also had with him a book called Jianshangren (Holy Priest Jianzhen)’s Secret Prescription, which has been lost for centuries. The team also reports being successful in tracking down a copy of another book that holds the same prescriptions.

Most interestingly, their findings show that the prescriptions by Jianzhen form the basis of herbal medicinal practice in Japan, popular under the name of Kampo. The herbal medicinal practice is very much integrated into the fabric of Japan’s current healthcare system. Kampo medicines are prescribed alongside Western medicine and modern drugs and is covered by the reimbursement of the national health insurance.

He hopes for the spread of the use of Kampo medicine beyond Japan. “People in other countries also have a chance to use Kampo medicines in combination with Western medicines.” His inspiration in saying so is possibly, Jianzhen, again. “Jianzhen is one of the first people to bring Chinese traditional medicine to Japan. He is considered an ancestor of Kampo medicine, who molded Chinese traditional medicine to suit the needs of Japanese people,” reflects Prof. Matsuo. In the age of globalization, the journey of traditional medical knowledge that took 11 years to reach Japan from China may be accomplished in less than 11 seconds with the click of a button.

We live in that hope.