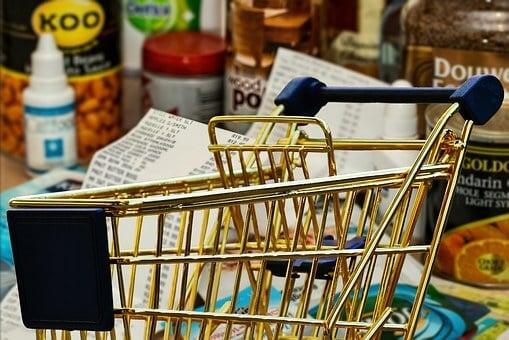 A research collaboration between Cornell University and the U.S. Department of Agriculture offers the first estimates of the economic value contributed by food pantries, and finds it is substantial – worth up to $1,000 annually to participating families and as much as $28 billion nationwide.

The totals underscore food bank systems’ important role in addressing food insecurity, a role that has grown during the pandemic and recent bouts of inflation, said David R. Just, the Susan Eckert Lynch Professor in Science and Business in the Charles H. Dyson School of Applied Economics and Management, part of the Cornell SC Johnson College of Business and the College of Agriculture and Life Sciences.

“Food pantries make a huge difference to the households they serve, for many representing a substantial portion of their income,” Just said. “This is important information for policymakers considering support for the national or local food banking system, like tax breaks for food donation, direct program support from USDA or other efforts.”

Just is the co-author of “What is Free Food Worth? A Nonmarket Valuation Approach to Estimating the Welfare Effects of Food Pantry Services,” published Nov. 9 in the American Journal of Agricultural Economics. The lead author is Anne Byrne, a research agricultural economist at the USDA’s Economic Research Service. The team has collaborated on multiple investigations of private food assistance.

“Private food assistance, especially food banking, has grown in recent decades,” Byrne said. “These organizations have a unique position within the food system and a specific role in food access because they offer quick relief in the form of free groceries to a wide variety of people, typically with minimal administrative hurdles.”

Food banks and pantries served 51 million people in 2021, according to the nonprofit Feeding America. Despite their importance, the researchers said, their economic value to the individuals and households that they serve hasn’t been estimated using rigorous economic methods.

Determining that value is challenging, the researchers said, since food pantries provide food and services at no cost. In addition, the market value of food may not accurately capture its value to people who can’t afford to access markets.

Byrne and Just thought they could get at the question using travel costs, a novel application of a methodology long used to value assets like national parks – where the cost of visiting isn’t primarily an entry fee – based on costs incurred to make the trip. They calculated the cost of travel to and from food pantries as a measure of households’ “willingness to pay” for the food, considering the distance, duration and frequency of their trips.

“We know they would be willing to give up at least this amount for the food they obtain, which enables us to identify demand in terms of price – travel costs – and quantity – visits,” Just said.

The scholars analyzed 13 years of data (2005-17) from a northern Colorado food bank that in 2017 served 10% of Larimer County residents at locations in Fort Collins and Loveland.

The data set included millions of pantry visits representing about 45,000 households – a population with lower incomes and more racial and ethnic minorities than the county overall, according to census data. To calculate travel costs, the researchers used Google maps for walking and driving distances and times, AAA data for vehicle costs, and reported incomes or the Colorado minimum wage to determine the opportunity cost of the time trips required.

The result was an estimated value to families of $40 to $60 per trip to a food pantry, and of $600 to $1,000 per year based on typical annual visit frequencies, with values increasing or decreasing with travel costs.

Extrapolated nationally – based on 389 million visits reported by Feeding America’s 2014 Hunger in America Study – the first-of-their-kind estimates confirm that “food bank services collectively represent a sizeable share of the food landscape,” the researchers wrote. Their estimated value of $19 to $28 billion is more than double the sales by farmers markets in 2020, and a significant fraction of federal food stamp (SNAP) benefits that year worth $74.2 billion, according to the research.

“Without such an estimate it is difficult to know whether food pantries are a worthwhile investment from a public policy perspective,” Just said. “Given the great number of families touched by these services and the significant investment and volunteer hours given, it is important to document and measure the value they are contributing to our economy.”