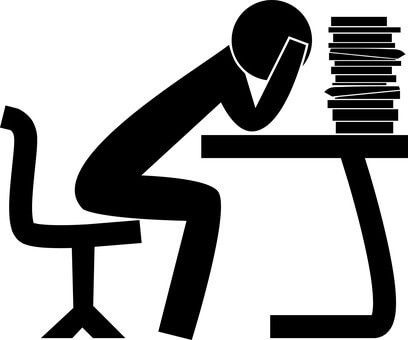 Most young people in the UK experience a sharp decline in their well-being during their first years at secondary school, regardless of their circumstances or background, new research shows.

Academics from the Universities of Cambridge and Manchester analysed the well-being and self-esteem of more than 11,000 young people from across the UK, using data collected when they were 11, and again when they were 14. The adolescents’ overall ‘subjective well-being’ – their satisfaction with different aspects of life (such as friends, school and family) – dropped significantly during the intervening years.

It is widely accepted that young people’s well-being and mental health are influenced by factors such as economic circumstances and family life. The research shows that notwithstanding this, well-being tends to fall steeply and across the board during early adolescence.

That decline is probably linked to the transition to secondary school at age 11. The study identified that the particular aspects of well-being which changed in early adolescence were typically related to school and peer relationships, suggesting a close connection with shifts in these young people’s academic and social lives.

In addition, students with higher self-esteem at age 11 experienced a less significant drop in well-being at age 14. This indicates that structured efforts to strengthen adolescents’ self-esteem, particularly during the first years of secondary school, could mitigate the likely downturn in well-being and life satisfaction.

Ioannis Katsantonis, a doctoral researcher at the Faculty of Education, University of Cambridge, who led the study said: “Even though this was a large, diverse group of adolescents, we saw a consistent fall in well-being. One of the most striking aspects was the clear association with changes at school. It suggests we urgently need to do more to support students’ well-being at secondary schools across the UK.”

Ros McLellan, Associate Professor at the University of Cambridge, specialist in student well-being, and co-author, said: “The link between self-esteem and well-being seems especially important. Supporting students’ capacity to feel positive about themselves during early adolescence is not a fix-all solution, but it could be highly beneficial, given that we know their well-being is vulnerable.”

Globally, adolescent well-being is in decline. In the UK, the Children’s Society has shown that 12% of young people aged 10 to 17 have poor well-being. Dr Jose Marquez, a Research Associate at the Institute of Education, University of Manchester, and co-author, said: “Until now, we haven’t fully understood how universally poor well-being is experienced. The relationship between well-being and self-esteem has also been unclear.”

The researchers used data from the Millennium Cohort Study, which involves a nationally representative sample of people born between 2000 and 2002 and incorporates standard questionnaires about well-being and self-esteem. They then calculated a well-being ‘score’ for each student, balanced to control for other factors that influence well-being – such as economic advantage, bullying, and general feelings of safety.

While most adolescents were satisfied with life at age 11, the majority were extremely dissatisfied by age 14. By that age, the well-being scores of 79% of the participants fell below what had been the average score for the entire group three years earlier. “This is a statistically significant drop,” Katsantonis said. “It goes far beyond anything we would classify as moderate.”

The study also captured information about the adolescents’ satisfaction with specific aspects of their lives, such as schoolwork, personal appearance, family and friends. This suggested that the most dramatic downturns between 11 and 14 were probably related to school and relationships with peers.

The researchers identify various ways in which schools could support this. At a basic level, Katsantonis suggested that celebrating students’ achievements, underlining the value of things they had done well, and avoiding negative comparisons with other students, could all help.

More strategically, the study suggests incorporating more features that promote self-esteem into England’s well-being curriculum, and stresses the need to ensure that similar efforts are made across the UK. Recent studies have, for example,  highlighted the potential benefits of mindfulness training in schools, and of ‘positive psychology’ initiatives which teach adolescents to set achievable personal goals, and to acknowledge and reflect on their own character strengths.

McLellan added: “It’s really important that this is sustained – it can’t just be a case of doing something once when students start secondary school, or implementing the odd practice here and there. A concerted effort to improve students’ sense of self-worth could have really positive results. Many good teachers are doing this already, but it is perhaps even more important than we thought.”