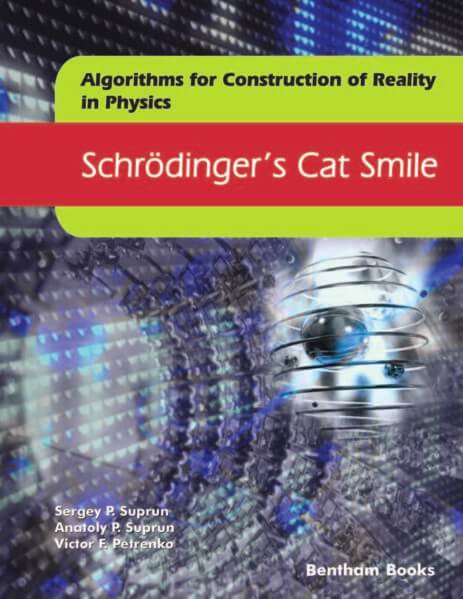 A joint analysis of the content of experiments in the area of quantum physics and the function of human mind makes it possible to demonstrate that an object-based model of reality formed at the level of the unconscious is the basis of our worldview.

The consciousness experiences a “time flow” because of the specific features of perception in the form of a sequential fixation of events; together with the need to relate objects in terms of the model, this generates a spacetime representation of the world around us. Acceptance of a mental character of our construct of reality allows for resolution of the problems in quantum physics and its paradoxes, thereby opening the way to an insight into reality. Thus, the assumption by Poincare, dating back to a century ago, that space and time are mental constructs and an analogous assumption by Heisenberg of the mid-last century, which refers to objects, have emerged to be brilliant foresight. The view of Kant on space and time was similar, assuming their existence within subjective experiences rather than in reality.

Poincare was sure that any experiment could be adequately described and explained in many ways (theories). Selection of a particular model from the set of possible ones is rather arbitrary and is determined by the demand for simplicity and usability. According to Poincare, different groups of transformations can be ascribed to either “external” space or “internal” changes. For example, perspective (linear fractional) transformations in a certain manner “distort” the reality: it seems to us that objects decrease in size with an increase in the distance to them. However, we assume that this is a specific objective feature of our visual perception rather than an objective law of the physical space. On the other hand, the Lorenz transformations can be derived from the patterns of our subjective perception but physicists for some reason relate them to objective spacetime changes unlike the linear fractional transformations.

The EPR phenomena and Bell’s theorem destroyed our concept of space and time, locality and causality. The overall physics, both classical and quantum, is constructed on an object-based metaphor despite that we had long ago left the boundaries of its applicability. Logical paradoxes of an object-based interpretation have led to the situation when physical theories have reduced to a set of recipes for computations in which the proper physical concepts and questions have become irrelevant.

Norbert Wiener gave the best description for this situation: “Physics is at present a mass of partial theories which no man has yet been able to render truly and clearly consistent … the modern physicist is a quantum theorist on Monday, Wednesday, and Friday and a student of gravitational relativity theory on Tuesday, Thursday, and Saturday. On Sunday he is praying … that someone will find the reconciliation between the two views”.

In this volume, we have attempted to consistently justify the assertion that the model of reality that had evolutionarily established at the level of unconscious and then “scientifically shaped” was an object-based one. However, this is not the only way of description. Actually, the problem is in that the characteristics of any other model are translated into object-based concepts with the help of the “object-based” terminology and subsequent reverse reconstruction of the properties using “object-based” notions. This leads to such a mess that the modern “meaningful” part of science has become similar to alchemical treatises describing the structure of matter; correspondingly, the authors felt the need to puzzle out the mentioned problems and hope that this attempt will be interesting to the readers of this book.

SUPRUN, Sergey P., is a candidate of physics and mathematics, senior researcher with the Laboratory of Physics and Technology of Heterostructures, Institute of Semiconductor Physics, Siberian Branch, Russian Academy of Sciences, and the author of over 80 research papers. The main area of interest is the technology of molecular beam epitaxy of AIIBVI, AIVBVI, and V2VI3 semiconductors; he participated in the research into the interaction qubits in quantum computer register and the design of multi-element photodetectors in difference spectral regions.

SUPRUN, Anatoly P., is a candidate of psychology, docent, and senior researcher with the Laboratory of Psychology of Communication and Psychosemantics, Faculty of Psychology, Moscow State University. He is the author and a coauthor of over 100 research papers and 4 monographs. He has been involved in the research into psychophysiology, psychoendocrinology, and mathematical psychology. Currently, his main interest is psychosemantics, in particular, psychic state in formalization of concepts and meanings as well as relativistic and quantum effects in language and thinking. He is a laureate of the National Golden Psyche competition (2003) in the category of the best project of the year in psychological science.