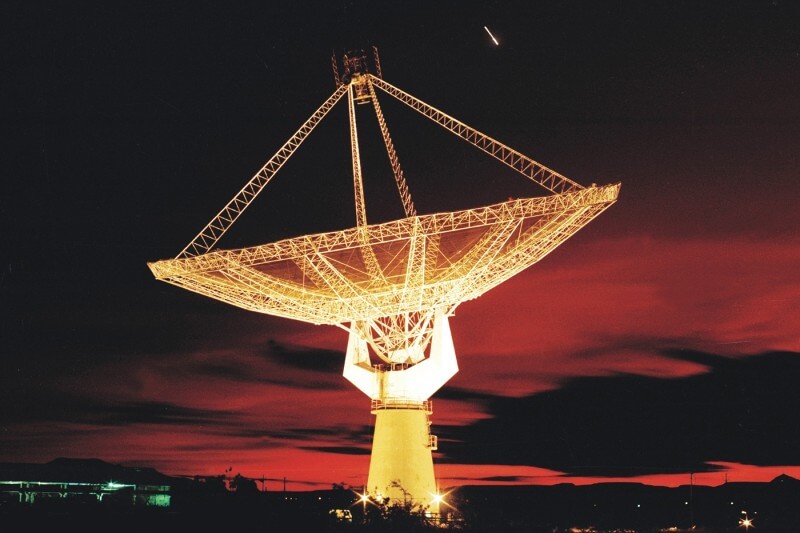 How do stars form in distant galaxies? Astronomers have long been trying to answer this question by detecting radio signals emitted by nearby galaxies. However, these signals become weaker the further away a galaxy is from Earth, making it difficult for current radio telescopes to pick up.

Now researchers from Montreal and India have captured a radio signal from the most distant galaxy so far at a specific wavelength known as the 21 cm line, allowing astronomers to peer into the secrets of the early universe. With the help of the Giant Metrewave Radio Telescope in India, this is the first time this type of radio signal has been detected at such a large distance.

“A galaxy emits different kinds of radio signals. Until now, it’s only been possible to capture this particular signal from a galaxy nearby, limiting our knowledge to those galaxies closer to Earth,” says Arnab Chakraborty, a Post-Doctoral Researcher at McGill University under the supervision of Professor Matt Dobbs.

“But thanks to the help of a naturally occurring phenomenon called gravitational lensing, we can capture a faint signal from a record-breaking distance. This will help us understand the composition of galaxies at much greater distances from Earth,” he adds.

A look back in time to the early universe

For the first time, the researchers were able to detect the signal from a distant star-forming galaxy known as SDSSJ0826+5630 and measure its gas composition. The researchers observed the atomic mass of the gas content of this particular galaxy is almost twice the mass of the stars visible to us.

The signal detected by the team was emitted from this galaxy when the universe was only 4.9 billion years old, enabling the researchers to glimpse into the secrets of the early universe. “It’s the equivalent to a look-back in time of 8.8 billion years,” says Chakraborty, who studies cosmology at McGill’s Department of Physics.

Picking up the signal from a distant galaxy

“Gravitational lensing magnifies the signal coming from a distant object to help us peer into the early universe. In this specific case, the signal is bent by the presence of another massive body, another galaxy, between the target and the observer. This effectively results in the magnification of the signal by a factor of 30, allowing the telescope to pick it up,” says co-author Nirupam Roy, an Associate Professor in the Department of Physics at the Indian Institute of Science.

According to the researchers, these results demonstrate the feasibility of observing faraway galaxies in similar situations with gravitational lensing. It also opens exciting new opportunities for probing the cosmic evolution of stars and galaxies with existing low-frequency radio telescopes.

“Detection of H I 21 cm emission from a strongly lensed galaxy at z ∼ 1.3” by Arnab Chakraborty and Nirupam Roy was published in the Monthly Notices of the Royal Astronomical Society.

The Giant Metrewave Radio Telescope was built and is operated by NCRA-TIFR. The research was funded by McGill University and the Indian Institute of Science.