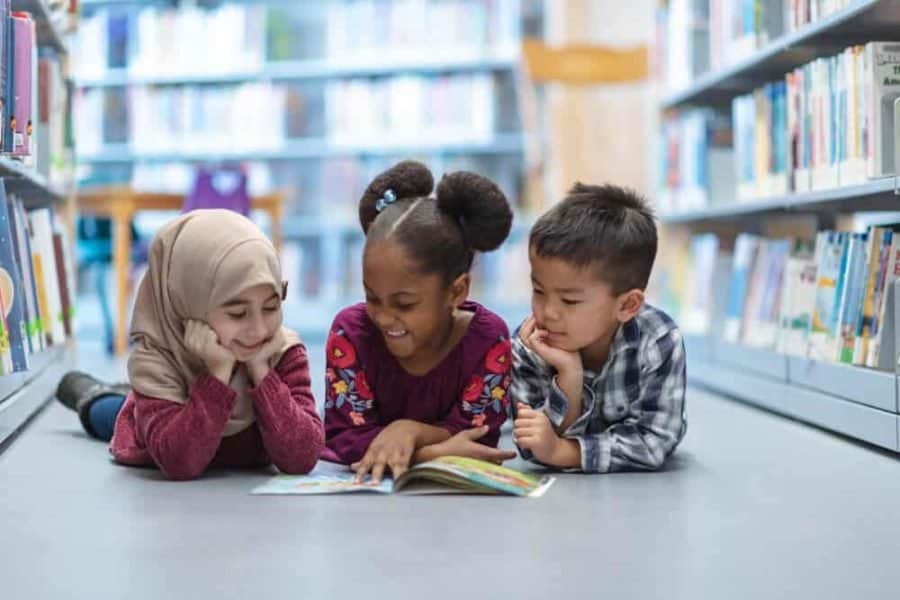 Reading is the basis for most subjects, but a lot of children struggle to master it. Every fourth Norwegian boy aged 15 does not understand a complicated text. Girls do better.

But new research shows very promising results in the effort to help pupils learn to read. It is important to give students challenges that are individually adapted to their level. Teaching all pupils the same way is not useful because many fail to keep up.

“The previous study round included 48 students who took part in our approach, and every one of them cracked the reading code,” says Hermundur Sigmundsson, a professor at Norwegian University of Science and Technology’s (NTNU) Department of Psychology.

Sigmundsson has worked on reading education for many years. This time he has taken his expertise to Vestmannaeyjar in Iceland, where first-graders tried a new way to learn and master the art of reading.

“We concentrated on changing everyday school life for the pupils,” says Professor Sigmundsson.

The children follow a clear plan throughout the school day.

“The key is to survey children’s skills at the start of the school year, in September, and in January and May, which enables us to provide the right challenges in relation to skills,” he said.

The reading results have been outstanding. Just look at the results for single words, sentences and text:

Benefits for well-being, too

The results have recently been published in the first article on the project’s development and research in Iceland, which will provide instruction for about 50 new children every year for 10 years. The researchers will also follow up on the children later. The project is called Kveikjum neistann! or “Ignite the spark!” in English.

The most important reasons for addressing reading skills and changes in everyday school life are to improve children’s reading results and well-being at school,” Sigmundsson said. “We’ve observed significantly improved well-being results in the group that completed the programme compared to the previous year’s first graders.”

Problems with reading are far more common among boys than girls.

“In Iceland, we have particular challenges with reading among boys and immigrants,” Sigmundsson said.

Thirty-four per cent of 15-year-old boys in Iceland are unable to read well enough to understand the text, according to the international PISA survey from 2018. In Norway, the figure for boys is 26 per cent.

“These children don’t have the reading skills that enable them to understand the text. This has been the case for 18 years. In Norway, the percentage varies from 21 to 26 per cent of boys,” he said.

Girls do much better on the whole, but five to nine per cent still struggle.

“We don’t find this acceptable. Biologically, the proportion should be around 2 to 4 per cent,” he said.

Programme in Iceland is impressive

“I am very impressed by the Vestmannaeyjar project that Sigmundsson is running,” said Hanne S. Finstad, PhD. and the founder of Forskerfabrikken, a social enterprise that engages children in hands-on learning and discovery.

Finstad believes the READ programme is ground-breaking in many ways because it is not only based on pedagogy and psychology, but also on the pupils’ biological needs.

“Time is set aside for repetition and deepening skills, and that is something our memory needs to really learn. Students also have the opportunity to develop creatively and musically, in addition to having physical activity every day. The school day is arranged to develop both body and soul,” says Finstad.

Reading education is based on what we now know about how the brain learns to read, she said.

She agrees  that children need to first learn to recognize sounds and connect them to the letters, then combine the letters into words that make sense.

However, Norwegian schools encourage many children to focus on whole words. Researchers who work with the brain and reading fear that a focus on whole words can hamper learning to read because pupils then practise picture recognition instead of actually reading.

ADHD and the new method

ADHD may be linked to too much sitting still and overly long days. The READ school day therefore never schedules lessons longer than 35-40 minutes. The new programme also incorporates 72 hours more physical activity during the school year. The passion lesson is very important for increasing children’s dopamine level, the hormone that triggers joy and well-being.

The project was supported by Vestmannaeyjarbær, the Icelandic Ministry of Education and Children, the SA Confederation of Icelandic Enterprise and the University of Iceland.