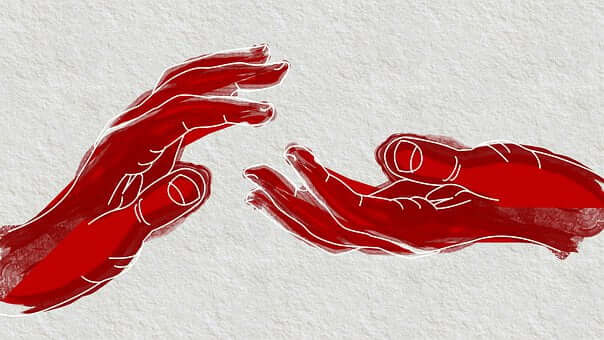 Experiencing childhood trauma may lead an individual to volunteer, donate money or contact their elected officials about environmental issues later in life, according to recent research published in Scientific Reports.

The CU Boulder and Loyola University study is one of the first in the U.S. to associate childhood trauma and public, civic environmental engagement in adulthood. It also found that, in addition to people who experienced childhood trauma, those who traveled and had experiences in nature as children were also more likely to report engaging in private “green behavior” as adults, such as recycling, driving or flying less, and taking shorter showers.

“We set out to explore reasons or motivations why someone would get environmentally engaged versus not and experiencing childhood trauma emerged as a really powerful motivator,” said lead author Urooj Raja, who earned her doctorate in environmental studies at CU Boulder in 2021.

As part of Raja’s doctoral work, the researchers conducted a survey in 2020 using a nationally representative sample of about 450 U.S. adults to examine two types of environmental engagement. Public, civic engagement was measured in hours per month devoted to an environmental protection cause, such as writing letters to elected officials or donating time and resources to an organization. Private, green behavior was defined as self-reported actions adopted by individuals or households to reduce their environmental impact.

Previous research has shown that people who experience natural disasters as children are more likely to get involved in environmental causes, but these new findings show that childhood trauma of any kind is associated with increased interest in both private and public environment engagement as an adult. This indicates there may be something about a formative, negative experience that drives individuals to engage on a public or policy level with environmental issues, instead of only practicing green behavior.

“It suggests that there could be another way of looking at trauma,” said Raja, now an assistant professor in the School of Communication at Loyola University Chicago.

While the researchers can’t say exactly why experiencing traumatic events earlier in life boosts the likelihood of getting publicly involved in environmental issues, they note that previous research has associated trauma with a strong sense of empathy, and empathy with green behavior.

It could also partly be a coping mechanism, to attempt to keep bad things from happening to other people or living things, said Raja.

Research in this area has often examined disengagement—the reasons why people don’t act on pressing environmental issues. Raja’s team wanted to know: What drives those who do engage?

First, Raja interviewed 33 people who are highly engaged in environmental issues. She discovered that many had experienced some kind of childhood trauma.

“It emerged as a very powerful piece of why people wanted to and became engaged with environmental work,” said Raja.

Second, they gathered survey data from about 450 U.S. adults who self-reported that they spent five hours or more in the past month working on environmental issues. They answered a series of questions about themselves, including their current civic engagement and green behavior, formative childhood experiences (gardening, swimming in a lake or going on a hike in the woods for the first time), and traumatic experiences in childhood (living in poverty or experiencing hunger, not having a safe home environment, losing a parent or sibling, dealing with health issues, or enduring sexual harassment, assault or bullying).

The data revealed that childhood experiences in nature, travel and trauma were all predictors of private, green behavior later in life. However, only childhood trauma was also significantly associated with public, civic engagement. Trauma also had the largest impact on predicting green behavior, compared to other formative life experiences.

Studies in decades past—including work by Louise Chawla, professor emerita in the Program in Environmental Design—have found a strong link between childhood travel and experiences in nature and pro-environmental attitudes and behaviors later in life. The new survey confirms that these types of childhood experiences still predict green behavior for adults today.

“This is another data point that supports the value of creating opportunities for people to connect with nature, and the importance of those experiences for cultivating a society that protects the natural resources that we all depend on,” said Amanda Carrico, co-author of the new study and associate professor in the Department of Environmental Studies at CU Boulder.

A need for more resources and support

Carrico, who is trained as an environmental psychologist and teaches courses on climate change, has noticed that many students and professionals in the field struggle not only with the weight of their work, but also with the experiences that may have led them to it.

“It’s emotionally intense and exhausting,” said Carrico, noting that those who work on mitigating climate change are also often part of communities directly affected by its growing impacts. “You’re talking about a community of people that seem to be carrying other kinds of emotionally complex burdens.”

The authors say that the findings only further emphasize the need for people engaged in public-facing or civic environmental work to have access to resources and support.

“People, in their own words, have said that we need better resources,” said Raja. “Making the link between adverse childhood experiences and the need for more resources for people that do this type of work is an important first step to making that happen.”

This work was funded by the National Science Foundation Graduate Research Fellowship Program, the Graduate School of Arts and Science, the Center to Advance Research and Training in the Social Sciences, and the Department of Environmental Studies. Publication of this article was funded by the University of Colorado Boulder Libraries Open Access Fund.