Organizations using fear and anger to spread negative messages about Muslims have moved from the fringes of public discourse into the mainstream media since the Sept. 11 attacks, according to new research by a University of North Carolina at Chapel Hill sociologist.

Titled, “The Fringe Effect: Civil Society Organizations and the Evolution of Media Discourse about Islam since the September 11th Attacks,” the study appears in the December issue of the American Sociological Review. 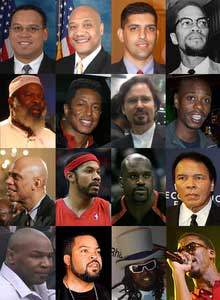 Christopher Bail, an assistant professor of sociology in UNC’s College of Arts and Sciences, used plagiarism detection software to track the influence of 1,084 press releases about Muslims from 120 organizations on more than 50,000 television transcripts and newspaper articles produced from 2001 to 2008.

“I found that organizations with negative messages about Muslims captivated the mass media after the Sept. 11 attacks, even though the vast majority of civil society organizations depict Muslims as peaceful, contributing members of American society,” said Bail, who also is a Robert Wood Johnson Scholar at the University of Michigan. “As a result, public condemnations of terrorism by Muslims have received little media attention, but organizations spreading negative messages continue to stoke public fears that Muslims are secretly plotting to overthrow the U.S. government.”

Bail said the mass media has not only contributed to the spread of negative messages about Islam, but also given fringe organizations the opportunity to raise funds and build social networks within elite conservative circles.

“They are now so much a part of the mainstream that they have been able to recast genuinely mainstream Muslim organizations as radicals,” he said.

Most importantly, Bail added, “The rising tide of anti-Muslim sentiment in the American media not only tests foundational principles about religious tolerance, but may also validate foreign extremists who argue that the United States is at war with Islam, since American media messages routinely travel to the Middle East.”

Bail is working on a book that expands on this study. The book will explain how fringe groups not only create cultural change in the mass media, but also public policy and public opinion more broadly.