New research reveals that the greatest demand for liver transplantation due to hepatitis C (HCV)-related liver disease occurs among Americans born between 1941 and 1960.

Findings in the December issue of Liver Transplantation, a journal published by Wiley on behalf of the American Association for the Study of Liver Diseases (AASLD), suggest that continuing increased demand for transplantation is driven by the development of liver cancer in baby boomers with HCV, but that the demand may decrease as patients born in this time period continue to grow older. 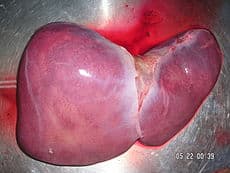 HCV is the most common blood-borne infection and cause of liver disease requiring transplantation in the U.S., chronically infecting more than one percent of Americans. Previous studies show that among patients living with chronic HCV, 10% to 20% will develop cirrhosis and up to 5% will progress to liver cancer (hepatocellular carcinoma; HCC). Further evidence implicates HCV as the primary risk factor for developing HCC in up to 47% of cases of patients with HCC.

“The dire projections in HCV complications spurred our investigation of age-specific trends in liver transplantation demand,” said lead author Dr. Scott Biggins with the University of Colorado School of Medicine in Aurora, Colo. For the present study, researchers identified all adult liver transplant candidates who were registered with the Organ Procurement and Transplantation Network (OPTN) between 1995 and 2010. Patients were then classified with the diagnosis of HCV, with or without HCC.

Furthermore, findings indicate that between 2000 and 2010 there was a four-fold increase in new transplant candidates with HCV and HCC in the 1941 to 1960 birth cohorts. The authors anticipate an increase in the proportion of new registrants, 60 years and older, with HCV will have liver cancer.