In order to avoid the stigma and loss of status posed by their lifestyle choice, stay-at-home fathers are mobilizing to build greater legitimacy for their marginalized gender identity, according to a new study in the Journal of Consumer Research. 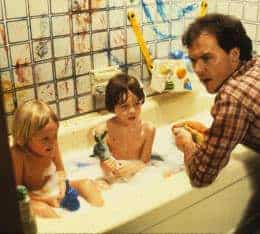 What happens when consumers step into roles that are outside of the norm and therefore carry a social stigma? Men who forgo the traditional breadwinner role to stay at home and become the main caregiver to their children face a loss of status as they invest in domestic skills that are traditionally associated with motherhood and historically undervalued.

Prior research has found that consumers who fall outside of the norm either hide their stigmatic traits or engage in countercultural rebellion against mainstream standards of normalcy and acceptability. However, stay-at-home fathers tend to seek legitimacy by challenging traditional gender roles and the marketplace.

Stay-at-home fathers utilize a range of market resources from online forums to yearly conventions and communal gatherings at public venues to forge a sense of collective identity and build social solidarity. Furthermore, they attempt to avoid the feminizing associations conventionally invoked by their full-time commitment to the domestic realm by masculinizing domesticity.

“Through their interactions with the marketplace, stay-at-home fathers enact a rebel dad persona, and portray themselves as a gender vanguard breaking free from the constraining mandates of breadwinner masculinity and paving the way for other (middle-class) men to enact a more rewarding and socially redeeming model of masculinity and fatherhood,” the authors conclude.