More than half a million adults in California seriously thought about committing suicide during the previous year, according to a new study from the UCLA Center for Health Policy Research.

The study, which uses data from the 2009 California Health Interview Survey (CHIS), is the first by the center to focus on suicide ideation. In California, suicide is the 10th leading cause of death, the researchers noted. An average of nine deaths by suicide occur each day in the state. “Suicide is complex and always devastating,” said David Grant, the report’s lead author and director of CHIS. “Our research identifies some populations that are at high risk of suicidal behavior, and our findings may help target prevention efforts and, hopefully, save lives.” 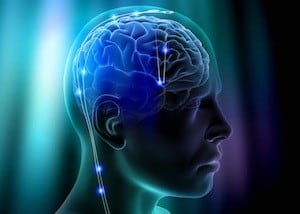 Among the study’s findings:

Gay, lesbian and bisexual Californians were more than three times as likely (6.5 percent) as all adults (1.8 percent) to have seriously thought about suicide during the previous year.

Among all ethnic groups, American Indians and Alaska Natives had the highest level of suicidal thoughts (6.2 percent).

Adults who reported a disability due to a physical, mental or emotional condition were four times as likely (4.2 percent) as all adults to report having suicidal thoughts. Nearly 5 percent of smokers also had suicidal thoughts.

Those adults who said they were married reported lower rates of suicidal thoughts (1.1 percent) than those who were not married (2.6 percent.)

Sixty-five percent of adults who need mental health services for serious psychological distress and who had recent suicidal thoughts received little or no treatment.

Higher rates of suicide in northern and Sierra counties

About 2.1 percent of adults in California’s northern and Sierra counties had seriously thought about suicide in the past year, a finding consistent with reported deaths by suicide based on 2009 vital statistics data. The Sacramento area and Los Angeles reported similar rates of suicidal thoughts, but their suicide rates were lower.

Read the policy brief: “More Than Half a Million California Adults Seriously thought About Suicide in the Past Year.“