Five personality traits widely thought to be universal across cultures might not be, according to a study of an isolated Bolivian society.

Researchers who spent two years looking at 1,062 members of the Tsimane culture found that they didn’t necessarily exhibit the five broad dimensions of personality – openness, conscientiousness, extraversion, agreeableness and neuroticism – also known as the “Big Five.” The American Psychological Association’s Journal of Personality and Social Psychology published the study online Dec. 17. While previous research has found strong support for the Big Five traits in more developed countries and across some cultures, these researchers discovered more evidence of a Tsimane “Big Two:” socially beneficial behavior, also known as prosociality, and industriousness. These Big Two combine elements of the traditional Big Five, and may represent unique aspects of highly social, subsistence societies. 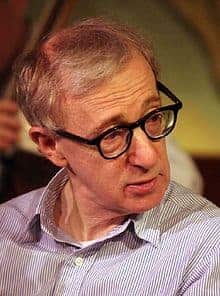 “Similar to the conscientiousness portion of the Big Five, several traits that bundle together among the Tsimane included efficiency, perseverance and thoroughness. These traits reflect the industriousness of a society of subsistence farmers,” said the study’s lead author, Michael Gurven, PhD, of the University of California, Santa Barbara. “However, other industrious traits included being energetic, relaxed and helpful. In small-scale societies, individuals have fewer choices for social or sexual partners and limited domains of opportunities for cultural success and proficiency. This may require abilities that link aspects of different traits, resulting in a trait structure other than the Big Five.”

The Tsimane, who are forager-farmers, live in communities ranging from 30 to 500 people dispersed among approximately 90 villages. Since the mid-20th century, they have come into greater contact with the modern world but mortality rates remain high (approximately 20 percent of babies born never reach age 5) and the fertility rate is very high (approximately nine births per woman), the study said. Most Tsimane are not formally educated, with a literacy rate close to 25 percent. Some 40 percent speak Spanish in addition to their native language. They live in extended family clusters that share food and labor and they limit contact with outsiders unless absolutely necessary, according to the authors.

Researchers translated into the Tsimane language a standard questionnaire that assesses the Big Five personality traits. Between January 2009 and December 2010, they interviewed 632 adults from 28 villages. The sample was 48 percent female with an average age of 47 years (ranging from 20 to 88) and little more than a year of formal education.

Researchers also conducted a separate study between March 2011 and January 2012 to gauge the reliability of the model when answered by peers. They asked 430 Tsimane adults, including 66 people from the first study, to evaluate their spouse’s personality. The second study revealed that the subject’s personality as reported by his or her spouse also did not fit with the Big Five traits.

The researchers controlled for education level, Spanish fluency, gender and age. Previous research has suggested that formal schooling and greater interaction with others, such as when villagers venture to markets in other towns, can lead to more abstract reflection and may be one reason why the Big Five replicates in most places, according to the authors. However, there were no significant differences between the less educated, Tsimane-only speakers and the more educated bilingual participants.

Other recent research, some of which was outlined in an article in APA’s flagship journal, American Psychologist, has shown the existence of Big Five personality traits may be lacking in some developing cultures, particularly in Asia and Africa, but this is the first study of a large sample of an exclusively indigenous population completed with rigorous methodological controls, according to Gurven. He suggested personality researchers expand beyond the limited scope of more Western, industrialized and educated populations. “The lifestyle and ecology typical of hunter–gatherers and horticulturalists are the crucible that shaped much of human psychology and behavior,” he said. “Despite its popularity, there is no good theory that explains why the Big Five takes the form it does, or why it is so commonly observed. Rather than just point out a case study where the Big Five fails, our goal should be to better understand the factors that shape personality more generally.”

Full text of the article is available from the APA Public Affairs Office and at http://www.apa.org/pubs/journals/releases/psp-ofp-gurven.pdf.