New research suggests that drinking sweetened beverages, especially diet drinks, is associated with an increased risk of depression in adults while drinking coffee was tied to a slightly lower risk.

The study was released today and will be presented at the American Academy of Neurology’s 65th Annual Meeting in San Diego, March 16 to 23, 2013. “Sweetened beverages, coffee and tea are commonly consumed worldwide and have important physical—and may have important mental—health consequences,” said study author Honglei Chen, MD, PhD, with the National Institutes of Health in Research Triangle Park in North Carolina and a member of the American Academy of Neurology. 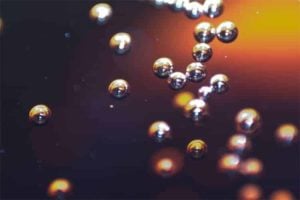 The study involved 263,925 people between the ages of 50 and 71 at enrollment. From 1995 to 1996, consumption of drinks such as soda, tea, fruit punch and coffee was evaluated. About 10 years later, researchers asked the participants whether they had been diagnosed with depression since the year 2000. A total of 11,311 depression diagnoses were made.

“Our research suggests that cutting out or down on sweetened diet drinks or replacing them with unsweetened coffee may naturally help lower your depression risk,” said Chen. “More research is needed to confirm these findings, and people with depression should continue to take depression medications prescribed by their doctors.”

Learn more about depression, which commonly affects people with brain diseases, at http://www.aan.com/patients.