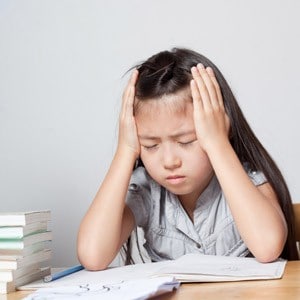 Long before Amy Chua’s provocative 2011 memoir, Battle Hymn of the Tiger Mother, raised the bar for tough-love parenting, psychologists at UC Berkeley were studying the effects of three kinds of child-rearing: authoritarian (too hard), permissive (too soft) and authoritative (combo).

Now, with the recent release of UC Berkeley alumna Kim Wong Keltner’s memoir, Tiger Babies Strike Back, along with other scholarly works and testimonials, the debate over how to raise successful (and happy) kids is resurfacing. The difference today is, researchers have amassed even more data on the pros and cons of the authoritarian approach that has come to be known as “tiger-parenting,” and the results are in.

“Children raised by authoritarian parents are showing maladaptive outcomes, such as depression, anxiety and poor social skills,” said Qing Zhou, an assistant professor of psychology at UC Berkeley who heads the campus’s Culture and Family Laboratory. Most recently, her research team has run an 11-week parenting class at UC Berkeley and San Francisco State University for divorced Asian-American mothers, many of whom are Chinese immigrants raised in the authoritarian tradition.

“When they first came to the workshops, a lot of them would say, ‘Why should I praise my child for doing something they are supposed to do?’ But we encouraged them to try and they saw positive changes in their relationships,” Zhou said.

In study after study, Zhou and her research team are building a bulletproof case that mental health indicators are a solid measure of successful parenting. Their evidence is reflected in surveys of more than 600 Chinese and Chinese-American families and educators in mainland China and in the San Francisco Bay Area. They’re gauging such factors as child-rearing styles, communication, media consumption, cultural values and English language proficiency.

“One aspect of tiger-parenting is setting enormously high and unreasonable expectations for your kids,” said Stephen Chen, a former graduate student in Zhou’s lab who is headed for an assistant professorship at Wellesley College in fall 2014. Data from a recent study he conducted with UC Berkeley psychologist Sheri Johnson suggests there are negative cognitive effects to having overly demanding goals, he said.

Not surprisingly, such research is piquing the interest of Asian-Americans who, now as parents, are reflecting on the costs and benefits of their own upbringings.

“You do the extra credit, you sit in front of class, you ask the teacher questions. Meanwhile your tiger parent is asking the teacher, ‘How can my child do more?’” said novelist Keltner, 43, who graduated from UC Berkeley in 1991 with a double major in English and art. “Then you go out in the world and not only are you socially inept, but you find yourself attracted to people who replicate those (overachiever) dynamics.”

Researchers said many parents use a combination of all three parenting styles depending on their mood and the situation at hand. However, there is some truth to the emotionally withholding tiger-mother stereotype, said Zhou, who studied at Beijing Normal University, then did her graduate work at Arizona State University before landing an assistant professorship at UC Berkeley. Rather than focus on her daughter’s achievements, Zhou’s mother keeps asking her when she’ll get tenure.

“Chinese parents have a habit of focusing on the negative, because it is their way of ‘pushing’ children to work harder,” Zhou said. “They don’t say ‘I love you,’ but they cook you food and prepare your clothes to show they care for you.”

While China by no means holds a monopoly on authoritarian parenting, the country proudly claims a centuries-long tradition of filial loyalty and academic rigor dating back to the imperial examination that selected the best candidates for high officialdom. Today, its competitive school and college entrance exams have millions of students burying their heads in books for long hours.

For Chinese immigrant communities, a major predictor for stricter parenting is how well parents and children communicate in English and in Chinese, suggesting that the language barrier can lead to conflict, according to a study by Zhou and Chen soon to be published in the journal, Developmental Psychology.

“Some parents force their kids to speak Chinese at home, they tell them ‘if you don’t speak Chinese I will not speak to you,’ but that can backfire,” said Zhou, a native of Sichuan, China, and mother of two young children. “It’s important to keep the heritage language, but it shouldn’t trump emotional health.”

That said, newer generations of Chinese-Americans who call themselves “heritage families” are raising their children with some of the same cultural values they grew up with, only in a kinder, gentler fashion.

“I hated Chinese school growing up,” said Chen, who was born in the United States to Taiwanese parents and worked in Shanghai before entering graduate school at UC Berkeley. “Now I have my daughter in Chinese school not one day a week, but every day. We are coming to terms with our parents’ ways, and recognizing that perhaps there are some traditions we would like to continue.”

Success by whose standards?

By contemporary western standards, Keltner, who published “The Dim Sum of All Things” and “I Want Candy” when she was in her 30s, is a success story, though her mother, she said, would be hard-pressed to agree. Born and raised in San Francisco, she was pushed to excel academically, though her older brothers took some of the pressure off her during their college years by majoring in business and in biology.

UC Berkeley offered her the freedom to explore and expand her own identity, she said. Plus, she met her husband, Rolf Keltner (the brother of UC Berkeley psychologist Dacher Keltner) at a class on the poet Geoffrey Chaucer. They live in Nevada City, Calif. with their 9-year-old daughter whose warm, affectionate upbringing is in some ways a reaction to her own.

Her newly published memoir (Tiger Babies Strike Back) shows the flipside of the controversial homage to tiger-parenting by Yale law professor Chua, the daughter of a retired UC Berkeley engineering professor.

When it comes to tigers vs. pandas, Keltner knows where she stands, “You can study harder and get straight A’s,” she said. “But from my point of view, the love and affection in a parent-child relationship far outweighs the importance of grades.”