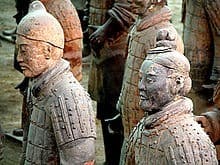 An international team of researchers has found that over 90 percent of dementia cases in China go undetected, with a high level of undiagnosed dementia in rural areas.

Dementia affects 10 million in China and up to 50 million worldwide, of which around 35 million sufferers are undiagnosed. Dementia causes deterioration in memory, thinking, behaviour and the ability to perform everyday activities. Although the condition mainly affects older people, it is not a normal part of ageing. Dementia is one of the major causes of disability and dependency among older people worldwide. Early diagnosis is crucial to alleviating the significant physical, psychological, social and economical impact the condition has on caregivers, families and society.

The new study, led by Dr Chen, a research leader in global health in the School of Medicine at King’s, found that in China 93 percent of dementia cases in people aged 60 and over went undetected. The level of undetected dementia is much higher than has been seen in studies undertaken in high income countries, where about 60 percent of older adults with dementia are not diagnosed.

Published today in the British Journal of Psychiatry and funded by Alzheimer’s Research UK and the BUPA Foundation, the large population based study is a collaboration between scientists at King’s College London and other universities in the UK, and Anhui Medical University and five other medical universities in China. The study is the first to examine factors influencing the poor diagnosis of dementia in older people in low-income countries, where there are more dementia sufferers than in high-income countries.

Dr Chen and his team interviewed a random sample of 7,072 older adults in six provinces across China, with one rural and one urban community in each province. They identified 359 older adults with dementia and 328 with depression. There were only 26 participants who had doctor-diagnosed dementia reported and 26 who had doctor-diagnosed depression. Overall, 93 percent of dementia cases and 93 percent of depression was not detected.

The team found that, in China, undetected dementia among older adults is strongly associated with low socioeconomic status such as a low educational and occupational class, and living in a rural area.

In rural China, the average annual income is two to five times lower than in urban areas and about 90 percent of older people are illiterate. Medical coverage and health services are often insufficient in rural areas, with primary care clinics mainly staffed by health-workers with limited training. In high-income countries most studies have not shown a strong association between low socioeconomic status and undetected dementia, which could be due to better access to healthcare.

The research team also identified that Chinese cultural factors may play a role in poor detection rates of dementia. Unlike in high-income countries, most of older Chinese people live with their families. A surprising, important finding was that undetected dementia is related to strong social support. Such ‘help available when needed’ may mask the disease and hinder detection. In addition, Chinese may interpret dementia symptoms in older people as being an acceptable part of the ageing process rather than as an illness.

Dr Ruoling Chen said: ‘Dementia is increasingly a major global health challenge given that the world’s population is ageing. China has the most dementia sufferers of any country in the world, but at the same time it is a poorly recognised condition.

Mental health services need to be prioritised as economic development extends throughout China. Mental health campaigns will ensure that health workers and the general population are able to recognise the condition, so that sufferers receive the support they need.

Our hope is that by looking at the rate of undetected dementia in China we can offer globally applicable insights into the common risk factors, aid earlier diagnosis, ultimately improve prognosis for sufferers and maintain caregivers’ health and wellbeing .’

Professor Martin Prince, global mental health expert from the Institute of Psychiatry at King’s College London, who was not involved in the research, commented: ‘This is an important study, highlighting the very low detection rate by Chinese health services of dementia among older people.

Large treatment gaps for mental and neurological disorders have been observed in low income countries, but this is the first study to focus on older adults, among whom dementia is a major concern.

Detection is the first step in accessing evidence-based treatment and care. Limited knowledge, skills and confidence among health care workers, and a lack of understanding of the benefits that may stem from diagnosis and intervention are all likely to contribute.’

In a related recent commentary in the Lancet, Professor Prince argued: ‘… the Chinese Government faces a daunting task in addressing future needs for long-term care. Previously, these needs have been met by families, consistent with traditional values and enforced through the Elderly Rights and Protection Law of 1996. However, central government policy is shifting towards new social care initiatives and increased investment in social protection, as outlined in a radically amended version of the 1996 law which will take force from July, 2013.’

Dr Simon Ridley, Head of Research at Alzheimer’s Research UK, said: ‘We know that dementia is a global problem and it is important to understand more about the risk factors and barriers to diagnosis across different countries. Investigating the social, economic and cultural factors influencing attitudes and access to dementia diagnosis can help shape strategies that could benefit multiple countries across the world.

We must ensure long-term investment for dementia research if we are to improve the lives of millions living with this condition worldwide.’

1 thought on “Most dementia cases in China are undetected”