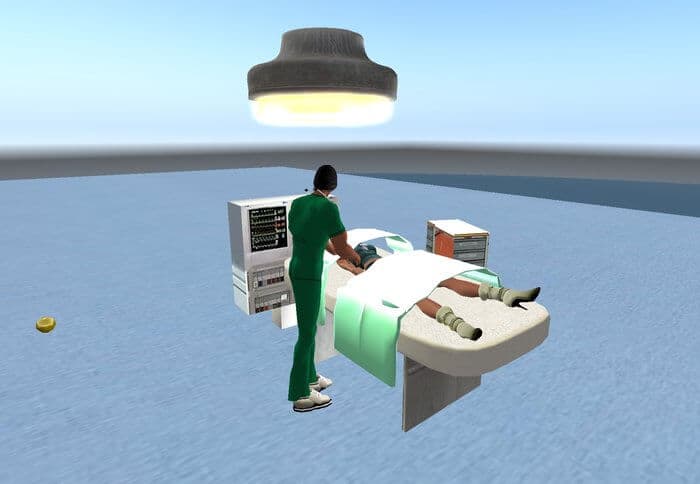 A novel interactive 3-dimensional (3-D) simulation platform offers surgical residents a unique opportunity to hone their diagnostic and patient management skills, and then have those skills accurately evaluated according to a new study appearing in the August issue of the Journal of the American College of Surgeons. The findings may help establish a new tool for assessing and training surgical residents.

Previous research studies have shown that the management of patient complications following operations is an extremely important skill set for surgeons to master. Therefore, in addition to performing operations, surgeons must also be able to effectively manage surgical patients in the emergency room, on the hospital floor unit, or in the intensive care unit. Until now, the standard approach for this instruction has been to learn to master this skill set on patients.

“The way we learn in residency currently has been called ‘training by chance,’ because you don’t know what is coming through the door next,” said study coauthor Rajesh Aggarwal, MD, PhD, MA, FRCS, a National Institute for Health Research (NIHR) clinician scientist in surgery at Imperial College, St. Mary’s Hospital in London. “What we are doing is taking the chance encounters out of the way residents learn and forming a structured approach to training.”

For the study, the researchers created modules for three common surgical scenarios: gastrointestinal bleeding, acute inflammation of the pancreas, and bowel obstruction. Each of these scenarios, which could be accessed through a laptop or personal computer, was designed to put the residents through their paces at three different levels of complexity.

“What we want to do—using this simulation platform—is to bring all the junior residents and senior residents up to the level of the attending surgeon, so that the time is shortened in terms of their learning curve in learning how to look after surgical patients,” Dr. Aggarwal said.

The study involved 63 surgeons—including interns and junior and senior residents, as well as attending surgeons whose performance was used as a benchmark. Each surgeon assessed and managed a series of virtual patients via this 3D interactive surgical world. The process involved taking a patient history, performing a physical, interpreting labs, diagnosing the disease, using chest X rays and CT scans, and implementing an appropriate management plan.

Using a validated rating scale, researchers then evaluated and rated each surgeon’s performance for each case he or she performed. The minimum score was eight and the maximum score was 56, which was equivalent to achieving 100 percent or performing at the level of an attending.

“What we have shown scientifically is that these three simulated scenarios at the three different levels are appropriate for the assessment of interns, junior residents, and senior residents and their management of these cases,” Dr. Aggarwal explained.

Moving forward, the research team plans to study how the implementation of this novel simulation technology will improve clinical outcomes of surgical patients cared for by residents. In future research, surgical residents and interns throughout London will train on this program, which will enable them to achieve the skill level of a senior resident or an attending. The idea is that this simulation training will help residents become more effective at managing patients in a clinical environment. Ultimately, the goal is to maintain and improve patient safety.

“Going through these different steps is not going to teach residents everything they need to know for every patient with bowel obstruction, for example, but it is going to teach them about the majority of patients that he or she is going to look after and it’s going to do it in a much more education-efficient and appropriate manner,” Dr. Aggarwal said. “This platform can also be used as a refresher so it can be used for the maintenance of their skills, not just the acquisition of their skills, and this goal can be achieved in a more efficient manner as well.”

Grant support for this study was provided by the London Deanery and the National Institute for Health Research, United Kingdom.