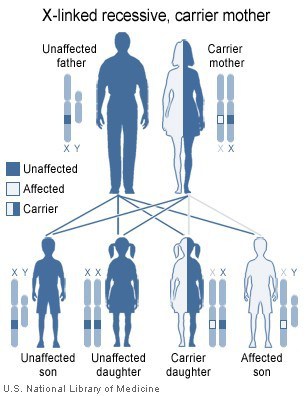 Results from a clinical trial of eteplirsen, a drug designed to treat Duchenne muscular dystrophy, suggest that the therapy allows participants to walk farther than people treated with placebo and dramatically increases production of a protein vital to muscle growth and health.

The study, led by a team in The Research Institute at Nationwide Children’s Hospital, is the first of its kind to show these results from an exon-skipping drug—a class of therapeutics that allows cells to skip over missing parts of the gene and produce protein naturally.

“I’ve been doing this for more than 40 years and this is one of the most exciting developments we’ve seen,” says Jerry Mendell, MD, lead author of the study and director of the Center for Gene Therapy at Nationwide Children’s. “It offers great hope to patients with Duchenne muscular dystrophy and their families.”

The research, which appears online Aug. 1 in the journal Annals of Neurology, is the first study from a double-blind controlled randomized trial of an exon-skipping agent to provide conclusive proof based on the standard six-minute walk test used to measure muscle function in patients with Duchenne muscular dystrophy (DMD), the most common form of muscular dystrophy in children.

About one in every 5,000 male births in the U.S. has the disorder, which usually leaves patients unable to walk on their own by age 12. Children with DMD have a mutation that cripples the body’s ability to produce a protein called dystrophin, which helps absorb the shock or energy that’s created when a muscle contracts. Without it, that released energy injures muscle fibers. Over time, the muscle degenerates, scar tissue builds up and fat slowly replaces the dead muscle.

The exact mutation varies from patient to patient but in 65 percent of cases, the dystrophin gene is missing large sections of DNA called exons, which carry the instructions for protein production. Accompanying this type of mutation is a spontaneously occurring reaction that enables muscle cells to skip over the deleted sections and produce smaller—but functional—versions of protein.

Eteplirsen, manufactured by Sarepta Therapeutics in Cambridge, Mass., mimics this naturally occurring phenomenon, allowing cells to skip over exon 51 in the dystrophin gene. About 13 percent of patients with the disorder have this mutation. Nationwide Children’s began the phase II trial of eteplirsen in August 2011, enrolling 12 boys age 7 to 12 years.

Participants received the drug via weekly IVs, with one group getting a 30 mg/kg dose and another group receiving 50 mg/kg. A control group received a placebo. Participants completed a six-minute walk test at the outset and again at weeks 12, 24 and 48. Muscle biopsies were also taken when the study began and again at those intervals to measure for dystrophin-positive muscle fibers.

Although there was no dystrophin production at 12 weeks, participants showed a 23 percent increase in dystrophin-positive muscle fibers by the 24-week mark. The striking improvement and lack of side effects prompted researchers to switch participants in the placebo group to the drug. By week 48, participants had a 52 percent increase in dystrophin-positive muscle fibers and were able to walk 67.3 meters farther than the placebo group on the six-minute walk test.

Although the results are promising, Dr. Mendell is quick to note that the small study leaves many questions unanswered. For example, researchers would like to know how the drug affects dystrophin production in muscles throughout the limbs and whether some muscles may get a bigger boost than others.

“We know that if you have an area that is not expressing dystrophin, the membrane will be fragile and vulnerable to activity-related degeneration,” says Dr. Mendell, who also is director of the Neuromuscular Disorders program at Nationwide Children’s and a professor of pediatrics in The Ohio State University College of Medicine. “There may be factors that lead to preferential localization of the dystrophin production. That’s one of many issues we’d like to investigate further.”

That information would help researchers determine what dose and frequency of administration would have the best benefit.

“Another big issue is whether patients who start to produce dystrophin will plateau quickly or if the drug would continue to show benefits over the long term,” Dr. Mendell says.

Sarepta Therapeutics, which funded the study, plans to submit a New Drug Application to the Food and Drug Administration early next year. If approved, eteplirsen would be the first therapy for DMD to target the underlying cause of the disease.