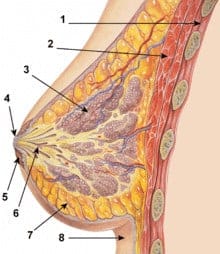 Adults increasingly are conveying their personal experiences with serious disease online, but do such chronicles help the authors or their audience?

In the first known study of its kind, UCLA researchers discovered that creating a personal website to chronicle the cancer experience and communicate with one’s social network can reduce depressive symptoms, increase positive mood and enhance appreciation for life among women diagnosed with breast cancer.

The study, published online Aug. 12 in the Journal of Clinical Oncology (and scheduled for print publication at a later date), was led by Annette Stanton, a member of UCLA’s Jonsson Comprehensive Cancer Center and a professor of psychology and of psychiatry and biobehavioral sciences.

“From our own and others’ previous research, we know that expressing emotions surrounding the experience and gaining social support can be helpful for people diagnosed with cancer, and we know that interpersonal interventions can be useful,” Stanton said.

However, most interpersonal interventions to promote quality of life in adults diagnosed with cancer involve the patient’s partner, primary caregiver or other cancer patients.

“Our goal in this research was to provide a platform on which breast cancer patients could reflect on their experiences, as well as communicate with and leverage support from their existing social networks, especially friends and family,” Stanton said. “The idea for this trial really took off when I met two sisters who had created personal websites for each other when each was diagnosed with cancer.”

In Project Connect Online (PCO), a randomized trial conducted with 88 breast cancer patients between the ages of 28 and 76, participants were assigned either to a three-hour workshop led by Stanton and her colleagues in which the women created personal websites or to a control group that did not create websites. (Women in the control group were offered the workshop six months later, after the experimental data had been collected.) All participants in the study completed a standard survey assessing their psychological status before being assigned to their group and again six months later.

The PCO group was broken down into smaller groups of three to four women for workshops. In each workshop, the women learned about the potential uses of personal websites, such as expressing emotions related to cancer, providing medical status updates and letting others know what would be helpful. They also proactively considered common concerns of website authors, including the pressure to be positive or eloquent. They then engaged in hands-on website creation and by the end of the three-hour session had written their first posts.

“We worked closely with a website developer so participants had several choices for how their sites looked, but all sites had the same functions,” Stanton said. “It was inspiring to see women of so wide an age range and of such varied computer experience develop their websites in just a few hours.”

The women assigned to the PCO group found that their websites were particularly valuable for telling the stories of their cancer experiences, expressing emotions and reducing how much information they had to repeat for family and friends. Visitors to the websites found them useful for providing updates on the authors’ health and for helping visitors feel emotionally close to the authors.

The women in the PCO group demonstrated statistically significant improvement in depressive symptoms, positive mood and life appreciation, the researchers found. The effects were particularly strong for women in active medical treatment, most of whom had advanced (metastatic) disease.

Women are more often motivated to tell their stories, express cancer-related emotions, garner support and keep others informed during active medical treatment and the often unpredictable course of metastatic disease than they are once they have completed their cancer treatments, the authors said.

“We are encouraged by these positive findings,” Stanton said, “especially for cancer survivors with the most need — those in active medical treatment or with more advanced disease. Our next step is to gain support for a larger test of Project Connect Online.”