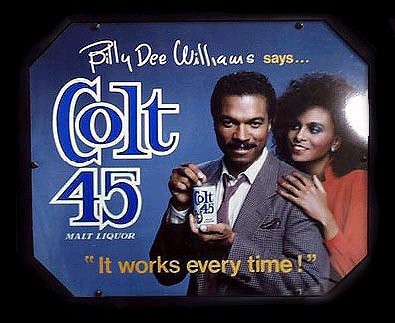 Five beer brands – Budweiser, Steel Reserve, Colt 45, Bud Ice and Bud Light – were consumed in the highest quantities by emergency room patients, according to a new pilot study from researchers at The Center on Alcohol Marketing and Youth (CAMY) at the Johns Hopkins Bloomberg School of Public Health. Three of these are “malt liquors” with higher alcohol content than regular beer.

The pilot study, published by Substance Use and Misuse, is the first study of its kind to assess alcohol consumption by brand and type from patients reporting to the emergency department with injury.

“Recent studies reveal that nearly a third of injury visits to Level I trauma centers were alcohol-related and frequently a result of heavy drinking,” said lead study author David Jernigan, PhD, CAMY director. “Understanding the relationship between alcohol brands and their connection to injury may help guide policy makers in considering taxation and physical availability of different types of alcohol given the harms associated with them.”

The study was conducted in an urban medical center at the Johns Hopkins Hospital Emergency Department in East Baltimore on Friday and Saturday nights between April 2010 and June 2011. Of the 105 respondents who admitted to drinking alcohol before their injury, 73 (69%) were male, and 72 (69%) were African American, reflecting the demographic profile of the neighborhood in which the emergency department is located.

The research team also tracked the ER patients’ consumption of alcohol by type and compared it to national market share data from Impact Databank, a market research firm that tracks the U.S. market for alcoholic beverages by type and brand. The study found that the proportion of distilled spirits consumed by the ER sample was higher than the market share for distilled spirits in the U.S. More specifically, vodka, gin and brandy/cognac were over-represented compared to their market share in the national distilled spirits market. The same was true for ‘ready-to-drink’ beverages (RTDs). Women in the ER sample were more likely to report consuming higher quantities of RTDs.

Four malt liquors – Steel Reserve, Colt 45, Bud Ice and King Cobra – accounted for almost 50 percent (46%) of the beer consumed by the sample. Yet these four beverages accounted for only 2.4 percent of beer consumption in the general population.

The next step, according to study authors, would be to pursue this type of research be further explored in a larger sample of emergency department admissions for injury, across multiple cities and hospitals. Policy implications of this kind of research could include requirements for clear labeling of alcohol content on malt beverage containers, including serving size labeling; limits on malt liquor availability and marketing; and graduated taxation of beer based on alcohol content to discourage consumption of higher-alcohol products.

This research was supported with funding from the Johns Hopkins Center for Injury Research and Policy, with funding from the National Center for Injury Prevention and Control, Centers for Disease Control and Prevention, Cooperative Agreement number 5R49CE001507, and conducted by the Center on Alcohol Marketing and Youth monitors the marketing practices of the alcohol industry to focus attention and action on industry practices that jeopardize the health and safety of America’s youth. CAMY was founded in 2002 at Georgetown University with funding from The Pew Charitable Trusts and the Robert Wood Johnson Foundation. The Center moved to the Johns Hopkins Bloomberg School of Public Health in 2008 and is currently funded by the federal Centers for Disease Control and Prevention. For more information, visit www.camy.org.

3 thoughts on “Four beers that make up 2.4% of overall consumption accounted for 46% of consumption prior to E.R. visits”