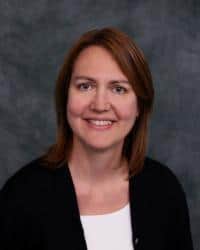 The researchers found that family decision-makers considered the cognitively impaired patient’s wishes and interests. But they also took into account their own needs and preferences.

“Family members often say that they wish they knew more about their loved one’s views on medical care,” said Regenstrief Institute investigator Alexia Torke, M.D., associate professor of medicine at the IU School of Medicine and an IU Center for Aging Research scientist. “And whether or not surrogates know what the patient would have wanted had they been able to make the decision for themselves, we learned that family members may feel compelled to substitute what they themselves want, or to paraphrase the Golden Rule: do to others as you would have them do to you.

“Surrogates also consider the feelings and beliefs of other family members,” said Dr. Torke, senior author of the study. “The individuals who are making decisions for those who cannot are the survivors — they take into account the fact that they have to live with other family members as and after they make surrogate decisions.”

“Making Decisions for Hospitalized Older Adults: Ethical Factors Considered by Family Surrogates” is published in the Summer 2013 issue of the Journal of Clinical Ethics.

An estimated four out of 10 hospitalized adults lack decision-making capacity due to cognitive impairment. When patients are unable to make their own decisions, surrogates often are called upon. Dr. Torke notes that the need for surrogate decision-making is growing as life-sustaining medical technology becomes more available, the population ages, and the prevalence of diseases such as Alzheimer’s and other forms of dementia increases.

In the study, the investigators interviewed 35 surrogates with a recent decision-making experience for a hospital patient age 65 or older. The group was almost evenly split between white and African-American surrogates. Eighty percent of the respondents were female; 60 percent were the daughters of the cognitively impaired patient.

“Because surrogates also imagine what they would want under the circumstances and consider their own needs and preferences as well as those of the patient for whom they are acting, standard ethical models of surrogate decision-making [in the academic literature] must account for these additional considerations,” the paper noted. “Surrogates’ desire for more information about patient preferences suggests a need for greater advance care planning.”