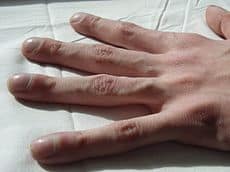 The bacterium Pseudomonas aeruginosa needs iron to establish and maintain a biofilm in the lungs of cystic fibrosis patients, and therapies have been proposed to deprive the bacteria of this necessary element.

However, these techniques may not work, according to a new study published in mBio®, the online open-access journal of the American Society for Microbiology, because they only target one of the two types of iron that are available in the lung.

Current therapies focus on removing ferric iron [Fe(III)] but leave plenty of ferrous iron [Fe(II)] behind for the bacteria to use, according to the study. The concentration of Fe(II) present in the lungs of patients with cystic fibrosis correlates with disease severity, a sign that pathogens not only use ferrous iron – they thrive on it. These findings could have implications for treatment of P. aeruginosa in patients with cystic fibrosis.

“It is clear that the percentage of the total iron pool that is Fe(II) is substantial, particularly in severely ill patients,” write the authors. Despite a wealth of data on the abundance of iron in the airways of patients with cystic fibrosis, this study is the first to make direct measurements of two different bioavailable forms of iron, Fe(III) and Fe(II).

An optimal concentration of bioavailable iron is needed to establish the formation of P. aeruginosa biofilms, thick accumulations of bacteria, polysaccharides, and cellular debris that can build up in the lungs of cystic fibrosis patients. It’s also integral to stabilizing biofilms, so therapies have been proposed to perturb P. aeruginosa‘s uptake and acquisition of iron to fight biofilm development in the lung.

Because Fe(III) is commonly assumed to be the dominant physiologically-relevant form of iron, therapies focus on blocking Fe(III) acquisition. However, Fe(II) may also be present in the lung, reasoned the authors, a fact that could undermine iron-targeting therapies.

They tested sputum samples from a cross-section of 33 cystic fibrosis patients from the US and Belgium. Fe(II) was, indeed, abundant in the lungs of cystic fibrosis patients, and it comprised a considerable amount of the total iron in each sample, confirming the authors’ suspicions. What’s more, sicker patients had greater quantities of Fe(II), and while Fe(II) concentration was significantly correlated with disease the concentration of Fe(III) was not.

The authors also tested whether inhibiting the uptake of Fe(II) or Fe(III) – or both – would prevent biofilm formation. Using a high-throughput biofilm assay in the lab, they tested the ability of ferrozine, an Fe(II)-specific chelator, and conalbumin, a Fe(III)-specific chelator, to bind iron and prevent the buildup of a biofilm. They found that in a system where both Fe(II) and Fe(III) are present, as they are in the lungs of cystic fibrosis patients, it was most effective to apply both types of chelators: sequestering both forms of iron resulted in a 58% reduction in biofilm accumulation. This suggests that for treating patients, targeting both forms of iron might be more effective than targeting Fe(III) alone.

“Collectively, these studies underscore the importance of a dialectic between laboratory and environmental studies of pathogens such as P. aeruginosa,” write the authors. Mechanistic studies of microorganisms in the laboratory can only go so far without real-world information about the chemical conditions under which they live in the human body. The integrated approach used in this study has provided a superior understanding of how iron availability might be manipulated to prevent biofilm formation and can inform the effective design and application of therapeutic strategies for treating P. aeruginosa biofilms.