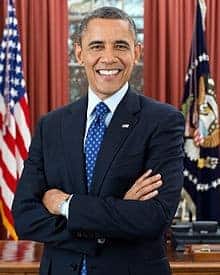 An estimated 7.8 million of the 15 million young adults who were enrolled in a parent’s health plan last year likely would not have been eligible for this coverage without the health reform law’s dependent coverage provision, according to a new Commonwealth Fund survey. However, the survey also found that only 27 percent of young adults were aware of the state health insurance marketplaces that are launching October 1. Moreover, millions of low-income young adults are at risk of remaining uninsured if the states they live in choose not to expand Medicaid.

The report, Covering Young Adults Under the Affordable Care Act: The Importance of Outreach and Medicaid Expansion, dispels the notion that young adults don’t think they need health insurance. The survey of adults ages 19 to 29 found that when offered health insurance benefits through an employer, two-thirds (67%) took the coverage. For those who did not enroll in an employer health plan, the chief reasons given were that they were covered by a parent, spouse, or partner (54%) or that they couldn’t afford the premiums (22%). Only 5 percent turned down coverage because they felt they didn’t need insurance.

“There is a stereotype that young adults believe they are ‘invincible’ and don’t want or need health insurance,” said Commonwealth Fund vice president Sara Collins, the study’s lead author. “This survey shows that is a myth—a typical uninsured young adult is from a low- or middle-income family and works a low-wage job. In general, young adults value health insurance but cannot afford it.”

Stressing the importance of outreach and education to ensure that people are aware of the reform law’s benefits, the authors note that as young adults and their families became aware of the provision allowing them to remain on their families’ insurance policies, uptake increased, from 13.7 million enrolled young adults in November 2011 to 15 million in March 2013.

Low- and Middle-Income Young Adults Most at Risk

According to the report, while the number of uninsured young adults dropped from 18.1 million in 2011 to 15.7 million in 2013, those who remained uninsured were overwhelmingly low or middle income. Eighty-two percent of young adults who were uninsured for a time in 2013 lived in low- or middle-income households and would be eligible for subsidized insurance through the marketplaces or through Medicaid. These young adults are at risk of remaining uninsured for two reasons: lack of awareness about the marketplaces, or residence in a state that is not planning to expand Medicaid eligibility.

In addition, as many as 25 states may not expand Medicaid eligibility, potentially leaving millions of young adults without coverage. The poorest young adults in states that don’t expand Medicaid will be especially at risk, as those with incomes under 100 percent of the federal poverty level will be excluded from both the Medicaid expansion and subsidized private plans. According to the survey, nearly 30 percent of young adults who spent a time uninsured during the year were in families with incomes under 100 percent of poverty.

“The Affordable Care Act has the potential to expand health insurance coverage to millions of low- and middle-income young adults, who have continually struggled to afford the health insurance they need,” said Commonwealth Fund president David Blumenthal, M.D. “Ensuring that all Americans are able to take advantage of the Affordable Care Act would require that states expand Medicaid and dedicate sufficient resources to educate their populations about the law’s new coverage options.”

The Commonwealth Fund Health Insurance Tracking Surveys of Young Adults were conducted by the online research firm Knowledge Networks GfK in 2011 and 2013, among a representative sample of young adults, defined for the survey as ages 19 to 29. The 2011 survey was conducted from November 4 to 24, 2011, and the 2013 survey was conducted from February 11, 2013, to March 14, 2013. Both survey samples were drawn from KnowledgePanel―a probability-based online panel that is representative of the U.S. population and includes cell phone only and low-income households that are typically difficult to reach using traditional telephone surveys and random digit dialing (RDD) sampling.