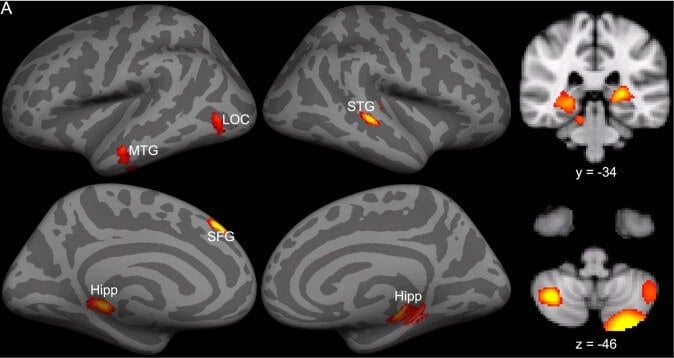 New research indicates that teens with anorexia nervosa have bigger brains than teens that do not have the eating disorder.

That is according to a study by researchers at the University of Colorado’s School of Medicine that examined a group of adolescents with anorexia nervosa and a group without. They found that girls with anorexia nervosa had a larger insula, a part of the brain that is active when we taste food, and a larger orbitofrontal cortex, a part of the brain that tells a person when to stop eating.

Guido Frank, MD, assistant professor of psychiatry and neuroscience at CU School of Medicine, and his colleagues report that the bigger brain may be the reason people with anorexia are able to starve themselves. Similar results in children with anorexia nervosa and in adults who had recovered from the disease, raise the possibility that insula and orbitofrontal cortex brain size could predispose a person to develop eating disorders.

“While eating disorders are often triggered by the environment, there are most likely biological mechanisms that have to come together for an individual to develop an eating disorder such as anorexia nervosa,” Frank says.

The medial orbitofrontal cortex has been associated with signaling when we feel satiated by a certain type of food (so called “sensory specific satiety”). This study suggests that larger volume in this brain area could be a trait across eating disorders that promotes these individuals to stop eating faster than in healthy individuals, before eating enough.

The right insula is a region that processes taste, as well as integrates body perception and this could contribute to the perception of being fat despite being underweight.

This study is complementary to another that found adults with anorexia and individuals who had recovered from this illness also had differences in brain size, previously published in the American Journal of Psychiatry, 2013.

This study was published in the Journal of the American Academy of Child and Adolescent Psychiatry, July 22, 2013.