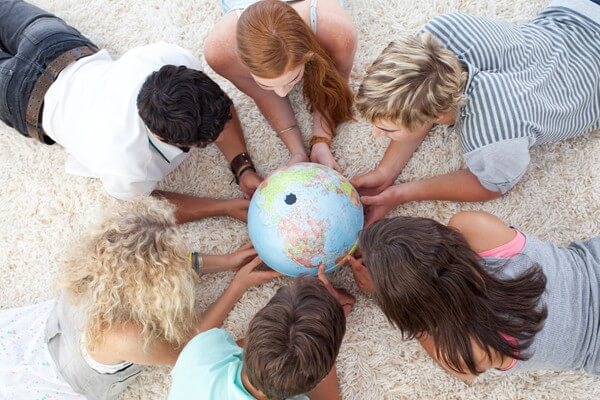 Music really can bring people together.

According to new research by Stanford psychologists, people’s attitudes toward another racial or ethnic group improve when they participate in the other group’s cultural activities, such as – in this case – making a music video together.

“We found that even a brief opportunity to take part in another group’s culture can improve intergroup attitudes even months later,” said lead researcher Tiffany Brannon.

The study, by Brannon and Greg Walton, assistant professor of psychology, looked at what role social connections, such as a shared interest, have in reducing bias and whether engaging in the cultural behaviors of another ethnic or racial group could play a role in reducing prejudice.

“If you get to know someone from another group and you find you have something in common with them – a birthday, a favorite book – you more easily like them or feel connected to them. This is well established in psychology research,” Walton said.

But, he said, those feelings of connection don’t necessarily carry over to the other group as a whole. Walton and Brannon sought a way to bridge that gap.

In one experiment, the researchers found that white Canadian participants expressed greater interest in Chinese culture when their posture was mimicked by a Chinese Canadian peer during a get-to-know-you conversation versus when the peer held a neutral position.

They also found that the white Canadian participants who were mimicked bought more tickets for a drawing to win Chinese cultural products.

Brannon said the test supported the researchers’ prediction that social connections – even as subtle as mimicking posture – allow people to develop interest in a person’s cultural background.

The researchers then wanted to find out if engaging in the culture would reduce bias.

Brannon and Walton tested this question by having Asian and white American participants interact with a Latina American, by having a get-to-know-you conversation and participating in an activity that incorporated Mexican culture, in this case, designing a music video for a Mexican pop band.

The researchers found that the participants showed less implicit prejudice against Latinos after they got to know the Latina peer – who, for the study, shared an interest with the participants, such as a favorite book – and after they designed the video.

Walton noted that there was no reduction in bias when participants worked with the peer on a project that didn’t have a Mexican culture component, suggesting the peer’s culture was key to interest, engagement and more positive intergroup attitudes. Participants also had to feel like they freely chose to take part in the activity, Walton said.

Most surprising to the researchers was the lasting effects of this brief intervention.

Following up six months later with the white and Asian participants with questions about their feelings toward immigration and Mexican Americans, the researchers found more positive attitudes toward interacting with Mexican Americans and marginally more support for U.S. policies that would benefit Mexican immigrants.

“The take-home message of this research is that cultural behaviors, ideas and practices that are often a source of pride and self-meaning for a group can play a role in improving intergroup outcomes,” Brannon said.

The researchers say their findings could help policymakers, employers, school administrators and others interested in creating a more positive climate for people from diverse backgrounds.

“What’s empowering about this research is that too often people feel like they need to hide their cultures, but this suggests that bringing it out, having people being engaged in it, can improve attitudes and make a more pleasant environment on the whole,” Walton said.